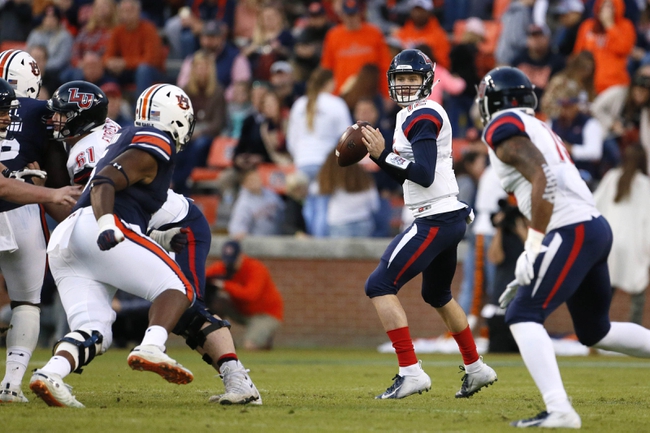 The Norfolk State Spartans have been struggling to get stops and that trend continued in a 44-27 defeat at the hands of the visiting Morgan State Bears on Saturday. Norfolk State held a slight 522-504 yardage edge and won the turnover battle but the Bears simply found the end zone more often.

Spartans quarterback Juwan Carter connected on 28-44 for 467 yards and three touchdowns and an interception while leading the running game with 36 yards on six carries.

Norfolk State did little on the ground but the passing attack picked up the slack with the twosome of Isaiah Winstead and Marcus Taylor combining for 14 receptions for 297 yards and three touchdowns while Chuma Awanna caught six passes for 89 yards.

The Liberty Flames enter the final game of the season looking for back to back wins after downing visiting New Mexico State 28-21 to improve to 5-6. Liberty was outgained 396-296 with each team committing a pair of turnovers. The Flames did all of their damage in the first half where the led 28-14.

Liberty quarterback Stephen Calvert connected on 18-31 for 154 yards and a pair of touchdowns along with two interceptions while running three times and scoring twice.

Frankie Hickson gave the Flames a solid performance on the ground as he totaled 116 yards on 27 carries and caught a ten yard pass. Antonio Gandy-Golden paced the Liberty receiving corps with eight receptions for 62 yards and a TD while BJ Farrow caught three passes for 33 yards and another score.