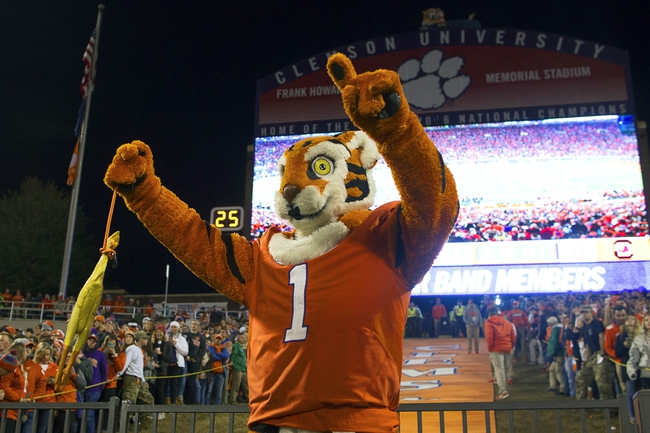 The Clemson Tigers and the Pittsburgh Panthers will meet up in the college football ACC Championship at Bank of America Stadium on Saturday evening.

In the Gamecocks victory, Clemson QB Trevor Lawrence put up 393 yards and one TD, while Travis Etienne had a great rush game with 150 and two scores. Tee Higgins was the lead receiver with 142 yards and a TD on six grabs for the Tigers.

As for Pitt, they’re 7-5 this season. The Panthers stumbled out of the gate with a 2-3 mark, falling to Penn State, UNC and UCF in that span, but do have a couple of nice wins on their resume this season, namely a 44-37 victory against Syracuse.

This past weekend, however, the Panthers were shut out by Miami (FL) 24-0. Kenny Pickett posted 130 pass yards for Pitt in that one, and Darrin Hall led the rush on 47 yards. Rafael Araujo-Lopes was the leading Panthers receiver on 67 yards from six catches.

Clemson has been a juggernaut all season—as expected—and has really been great in ACC play, routinely destroying their conference-mates in blowout matchups (such as 41-7 versus NC State, 77-16 versus Louisville, 35-6 versus Duke, etc.).

As for Pittsburgh, they looked pretty shaky in the early-going—especially with that loss to UNC—but they bounced back admirably. The shutout by Miami sticks out like a proverbial sore thumb, however, and I just can’t put a whole lot of faith in the Panthers to compete here. I’m going Clemson--less than three touchdowns doesn't seem too bad in this case.