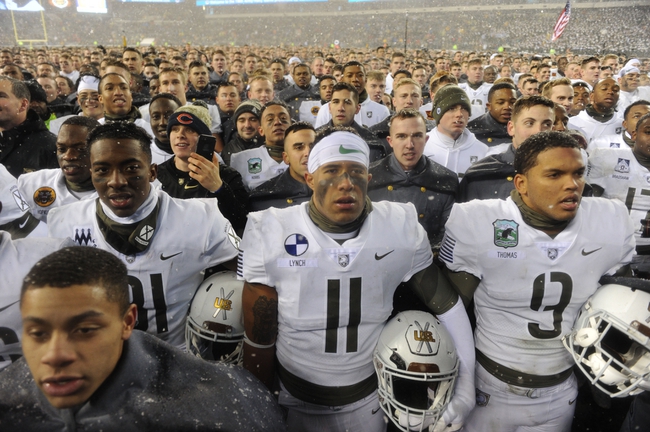 The Navy Midshipmen are easily going through their worst season in quite some time, but they have shown progress in their last two games with a win over Tulsa and a one-point road loss to Tulane. The Army Black Knights have a chance at double-digit wins for the third time in school history and five of their wins during their seven-game winning streak have been decided by double digits. The Navy Midshipmen are 7-2-1 ATS in their last 10 games as an underdog of at least seven points. The Army Black Knights are 4-4-1 ATS in their last nine games as a favorite of at least seven points. Six of the last seven games between Army and Navy have been decided by seven or less points. In fact, the last three meetings have been decided by a combined nine points. The underdog has covered the last four meetings. And while Army has won the last two contests, Navy has won 14 of the last 16 meetings. Army also hasn't beaten Navy in three straight years since 1994-96. There's a lot of history here that suggests another close game and that the points will be valuable. Give me Navy and my free touchdown.