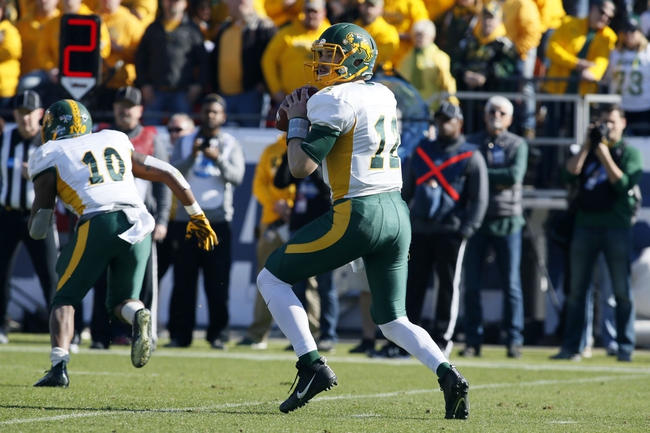 The Colgate Raiders and North Dakota State Bison meet Saturday in the college football FCS quarterfinals at the Fargodome.

The Colgate Raiders have won 10 of their last 11 games and are coming off a win over James Madison. The Colgate Raiders have won five of their last six road games. Grant Breneman is completing 63.9 percent of his passes for 1,537 yards, six touchdowns and three interceptions. Breneman has one or less touchdown passes in each of his last nine games. Owen Rockett and Owen Buscaglia have combined for 995 receiving yards and three touchdowns while Thomas Ives has 14 receptions. The Colgate Raiders ground game is averaging 199.8 yards per contest, and James Holland leads the way with 1,154 yards and 12 touchdowns. Defensively, Colgate is allowing seven points and 219 yards per game. T.J. Holl leads the Colgate Raiders with 105 tackles, Nick Wheeler has eight sacks and Tyler Castillo has six interceptions.

We all know the North Dakota State Bison are the team to beat every year and even putting up a fight at the Fargodome is no easy task. When the Bison get rolling and that crowd gets into it, things can spiral out of control quickly. With that said, this is a lot of points to give a good Colgate Raiders squad that runs the ball well, chews up clock and plays elite defense. Colgate gives up nothing easy, rushes the passer well and gets off the field on third down. Sure, North Dakota State will be Colgate's toughest task yet, but this line is too steep for my taste. I believe in this Colgate defense to hang around within the number.

The pick in this article is the opinion of the writer, not a Sports Chat Place site consensus.
Previous Pick
Eastern Washington vs. UC Davis - 12/8/18 College Football Pick, Odds, and Prediction
Next Pick
Alabama vs. Oklahoma: 5 Reasons Why Sooners Can Beat Crimson Tide