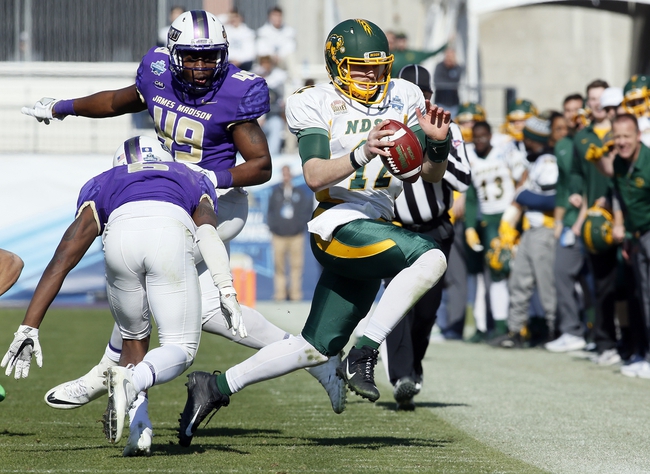 The South Dakota State Jackrabbits have the experience of playing at the Fargodome, as they played there back in early September and actually held their own, losing by just four points. While that does give them an advantage this time around, the problem I have with the Jackrabbits is they haven't been the same team on the road as they are at home. It's also different playing North Dakota State in the playoffs than the regular season, and their last three victories are being won by an average of 41.6 points. The North Dakota State Bison are heating up at the right time, and we've seen in the past just how tough this avalanche is to stop once it gets going. I made the mistake of taking the points last week, fading the Bison. Not here. I'm back on the North Dakota State Bison bandwagon in a double-digit victory.

The pick in this article is the opinion of the writer, not a Sports Chat Place site consensus.
Previous Pick
Alabama vs. Oklahoma: 5 Reasons Why Sooners Can Beat Crimson Tide
Next Pick
North Texas vs. Utah State - New Mexico Bowl - 12/15/18 College Football Pick, Odds, and Prediction