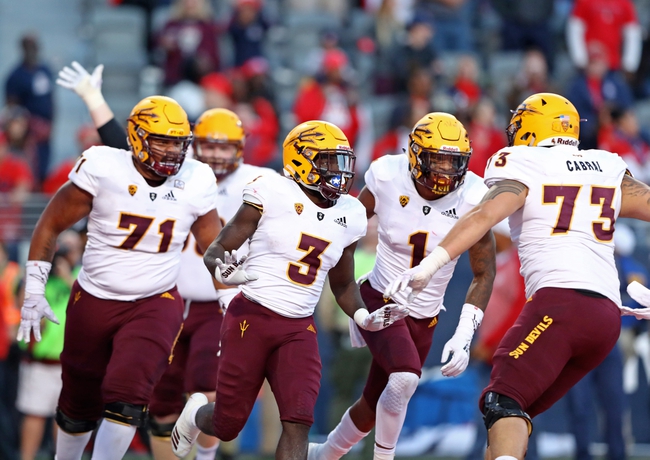 The Arizona State Sun Devils and the Fresno State Bulldogs will meet up in college football action Saturday in the Las Vegas Bowl.

Arizona State finished their regular season campaign at 7-5 overall. The Sun Devils are 4-1 in their last five, with a 31-29 loss to Oregon alongside wins over USC, Utah, UCLA and Arizona.

Over on the Fresno State side, they’re 11-2 on the season. The Bulldogs’ only blemishes this year were losses to Minnesota and Boise State, the latter of which Fresno avenged with a 19-16 OT win in their last matchup.

In that second Broncos game, Fresno State’s Marcus McMaryion logged 170 yards with a TD through the air, while Ronnie Rivers managed 63 yards and a score on the ground. Michiah Quick put up 45 yards and a TD to top the Fresno receivers.

Arizona State certainly made things interesting in their last game, needing every bit of a 20-0 fourth quarter to put the Wildcats away. The Sun Devils’ margins have been razor-thin for the most part lately, so this could be a close game as well.

I like Fresno State here however, as they’ve stood tall against some good schools this season and have the capacity to put up nice points totals. Give me the Bulldogs.