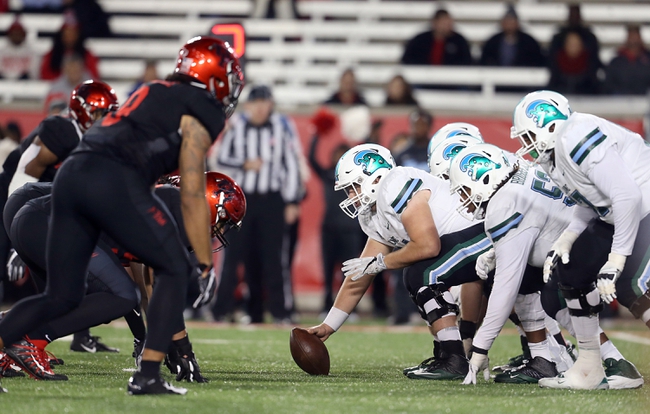 The Louisiana Ragin’ Cajuns come into this bowl game with a record of 7-6, including a 5-3 record in Sun Belt conference play, good for a spot in the conference championship game where the Cajuns fell to Appalachian State by a final score of 30-19. Andre Nunez has thrown for 2,136 yards, 19 touchdowns and 12 interceptions on 64.4% passing while the tandem of Trey Ragas and Elijah Mitchell have combined to rush for 2,092 yards and 20 touchdowns this season. Ja’Marcus Bradley leads Louisiana’s receiving corps with 557 receiving yards and 10 touchdowns while Ryheem Malone has recorded 41 catches for 466 yards this season. As a team, Louisiana is averaging 437.2 yards of total offense and 32.5 points per game this season.

The Tulane Green Wave received an invite to the Cure Bowl by virtue of a 6-6 overall record, including 5-3 in AAC play, finishing tied for 1st in the AAC West division, missing out on a spot in the championship game due to a tie-breaker. Justin MacMillan has thrown for 1,159 yards, 9 touchdowns and 3 interceptions while Jonathan Banks (who is questionable for this game) has thrown for 1,074 yards, 5 touchdowns and 2 picks. Darius Bradwell and Corey Dauphine have combined to rush for 1,736 yards and 16 touchdowns this season while Darnell Mooney leads Tulane in receiving with 47 catches for 987 yards and 8 touchdowns. Terren Encalade has also added 39 catches for 634 yards and 4 touchdowns this year. As a team, Tulane is averaging 394.9 yards of total offense and 25.7 points per game this season.

This is one of the easier picks of the opening day of bowl season in my opinion. The Green Wave are talented, but the Ragin’ Cajuns have had the bulk of the success between these two teams ATS, as has the underdog, which Louisiana also is in this spot. Both teams also match up fairly well and Tulane’s QB status is up in the air for this game. I think in this one, you have to go with the team with less question marks and as such, I’ll take the points with Louisiana here.