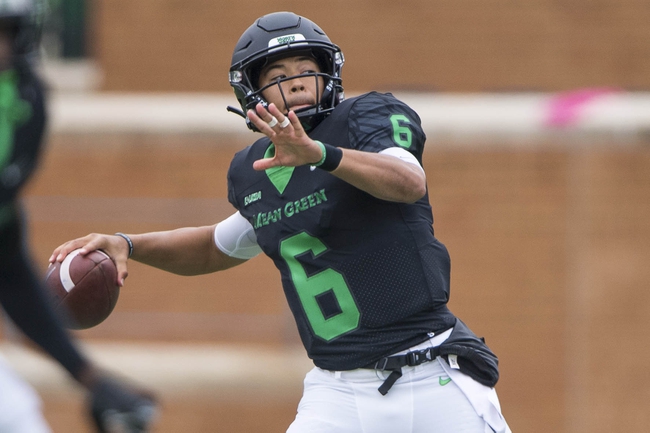 The North Texas Mean Green and Utah State Aggies will square off in the New Mexico Bowl on Saturday at Dreamstyle Stadium as college football bowl season kicks off.

The North Texas Mean Green had another success season as after finishing the regular season with a 9-3 overall record while finishing C-USA play with a 5-3 record. The New Mexico Bowl will be the 3rd consecutive year in which the Mean Green have reached postseason play, however, they will be looking forward their first Bowl win since 2013 when they beat UNLV in the Heart of Dallas Bowl.

Defensively, North Texas is holding their opponents to an average of 21.8 ppg on 359.5 total yards per game (246.1 passing yds/g; 113.4 rushing yds/g). The Mean Green forced 21 turnovers on the season and finished the year with a turnover margin of +8.

The Utah State Aggies finished the season with an impressive 11-2 record however, which included an 11-game winning streak, however, had to be disappointed with how the regular season ended as the Aggies didn’t get the opportunity to play in the Mountain West Championship after falling to the Boise State Broncos in their regular season finale. This will be the Aggies 3rd Bowl game in the past 4 years and they will be looking for their 1st bowl win since defeating the UTEP Miners in the New Mexico Bowl in 2014.

Defensively, Utah State is allowing their opponents to average 23.0 ppg on 385.2 total yards per game (240.1 passing yds/g; 145.1 rushing yds/g). The Aggies forced 28 turnovers on the season and finished the regular season with a turnover margin of +11.

Both of these offenses had outstanding success this season throwing the football as the Mean Green ranked 11th in passing offense while Utah State ranked 18th. As much as I’ve been impressed by the Aggies this season, they didn’t look that explosive in their last two games away from home and as I think the Mean Green offense will be able to keep this one close, I’m going to go with North Texas and the points.