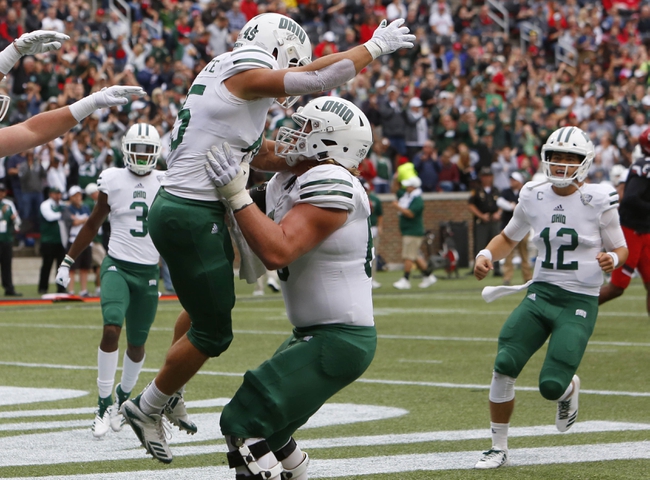 The Ohio Bobcats have won five of their last six games and have a chance to win back-to-back bowl games for the first time since 2011-12. The Ohio Bobcats have lost four of their last six non-home games. Nathan Rourke is completing 61.1 percent of his passes for 2,228 yards, 22 touchdowns and seven interceptions. Rourke and Quinton Maxwell have combined for 24 touchdown passes and seven interceptions this season. Papi White and Andrew Meyer have combined for 1,342 receiving yards and 13 touchdowns while Cameron Odom has 29 receptions. The Ohio Bobcats ground game is averaging 261.9 yards per contest, and A.J. Ouellette leads the way with 1,142 yards and 12 touchdowns. Defensively, Ohio is allowing 26.7 points and 399.6 yards per game. Evan Croutch leads the Ohio Bobcats with 79 tackles, Kent Berger has five sacks and Javon Hagan has two interceptions.

The San Diego State Aztecs really fell apart towards the end of the season with losses in four of their last five games, but they're only being outscored by 5.6 points during their three-game losing streak. The Ohio Bobcats have scored 49 or more points in five of their last six games and six of their eight victories have been decided by double digits. The San Diego State Aztecs have covered seven of their last eight games when an underdog of at least three points. The Ohio Bobcats have split their last 10 games ATS when a favorite of at least three points. Despite San Diego State keeping games close in its losses, you can't like the confidence of this club heading into this game with the way it ended the season. The Ohio Bobcats have a scoring machine as of late and have several different players who can takeover the running game. I expect Ohio to score enough to pull away in this game.