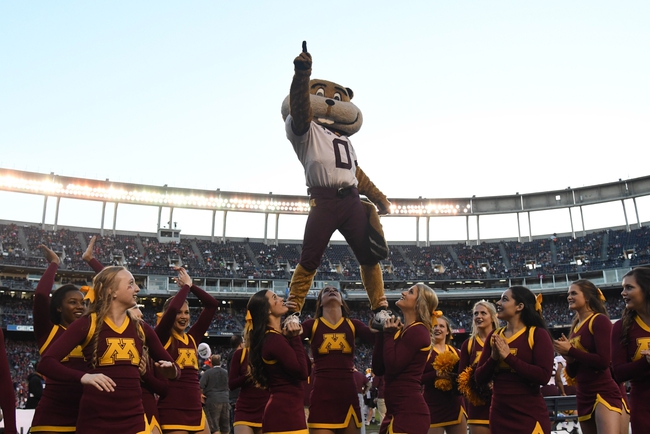 The Minnesota Golden Gophers and the Georgia Tech Yellow Jackets will meet up in the Quick Lane Bowl on December 26.

Minnesota rolls into this game at 6-6 on the season. The Gophers have taken out NM State, Fresno State, Miami (OH), Indiana, Purdue and Wisconsin while falling to Maryland, Iowa, Ohio State, Nebraska, Illinois and Northwestern.

In the Badgers game, Minnesota QB Tanner Morgan provided 124 yards passing, and Mohamed Ibrahim logged 121 yards and a score on the ground. Tops in receiving for the Gophers was Tyler Johnson with 76 yards on four catches.

Over on the Georgia Tech side, they’re 7-5 coming in here. The Jackets have taken out Alcorn State, Bowling Green, Louisville, VT, UNC, Miami FL and Virginia but fallen to South Florida, Pitt, Clemson, Duke and Georgia.

In the Georgia game, the Yellow Jackets’ TaQuon Marshall put up 69 yards and a TD passing, and led the rush on 39 yards (tied with Jerry Howard). Brad Stewart posted 54 yards and a receiving TD on two catches.

Minnesota has had the dictionary definition of an up-and-down campaign this year. The Gophers have a couple of nice wins on their resume (Fresno, etc.) and also some stinkers (55-31 loss to Illinois, etc.).

As for Georgia Tech, they make no secret about what they’re going to do with that option run, and the question is whether or not the defense can stop it. I’m not quite sure Minnesota is equipped to deal with that style, so I’m going to take the Jackets on the cover in what should be a fun game.