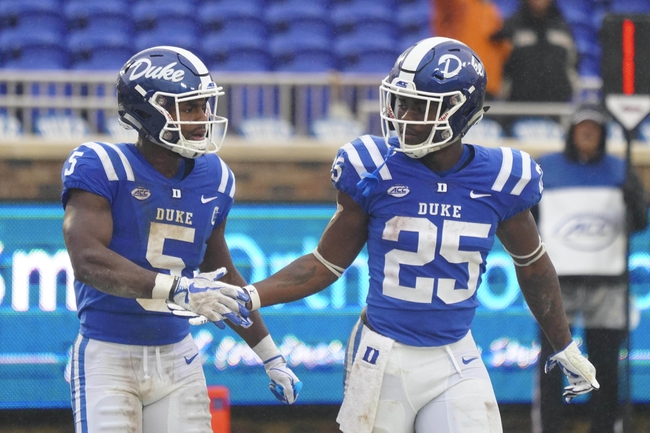 The Temple Owls and the Duke Blue Devils will meet in the Independence Bowl December 27.

Temple comes into this game on an 8-4 mark. The Owls have fallen to Villanova, Buffalo, Boston College and UCF but taken out Tulsa, East Carolina, Navy, Cincinnati, Houston, South Florida and Connecticut.

In the UConn game, Temple QB Frank Nutile put up 184 yards and a pick, and Jeremy Jennings logged 60 yards on four carries. Randle Jones led the Temple receivers with his 63-yard catch.

Over on the Devils’ side, they’re 7-5 this season. Duke has taken out Army, Northwestern, Baylor, NC Central, Georgia Tech, Miami FL and UNC, but fallen to Virginia Tech, Virginia, Pitt, Clemson and Wake Forest.

In the Wake game, Duke’s Daniel Jones put up 145 yards, one TD and one INT, and Nicodem Pierre logged two rushes for 37 yards. Deon Jackson was the top Devils receiver on 45 yards and a score from seven grabs.

Temple stumbled out of the gate but did get better as the year wore on, and put up some very impressive offensive performances down the stretch.

As for Duke, they put up some nice wins this year and were pretty decent in conference play, even though they came across some tough customers there.

Still, the Blue Devils are a little unreliable for me, and though I’m not crazy about Temple either I’m going to take them here. Realistically this might be one to avoid, though.