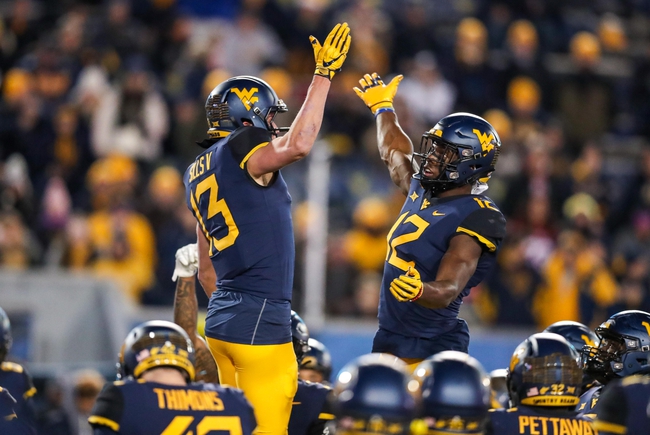 The Syracuse Orange have won five of their last six games and have a shot at double-digit victories for the first time since the 2001 season. The Syracuse Orange have split their last six non-home games. Eric Dungey is completing 60.1 percent of his passes for 2,565 yards, 17 touchdowns and seven interceptions. Dungey has one or less touchdown passes in six of his last eight games. Jamal Custis and Sean Riley have combined for 1,559 receiving yards and nine touchdowns while Nykeim Johnson has 39 receptions. The Syracuse Orange ground game is averaging 207.3 yards per contest, and Moe Neal leads the way with 827 yards and five touchdowns. Defensively, Syracuse is allowing 27.8 points and 426.8 yards per game. Ryan Guthrie leads the Syracuse Orange with 101 tackles, Alton Robinson has 10 sacks and Andre Cisco has seven interceptions.

The West Virginia Mountaineers have scored no less than 41 points in each of their last five games, but they gave up a combined 104 points in their last two games. The Syracuse Orange are coming off a road beatdown over a solid Boston College team, and they have a chance at 10 victories for the first time in nearly two decades. The West Virginia Mountaineers have covered five of their last seven games when favored of at least six points. The Syracuse Orange have covered seven of their last nine games when an underdog of at least six points. The bottom line is that both teams are high powered offensively and led by confident quarterbacks who can light it up. Points are going to come in buckets and the game will be decided by which defense can get a stop or force a late turnover. In back and forth games like this, I like to have free points in my pocket. With the way both teams can score, this line should be much smaller than it is. Syracuse is no pushover.