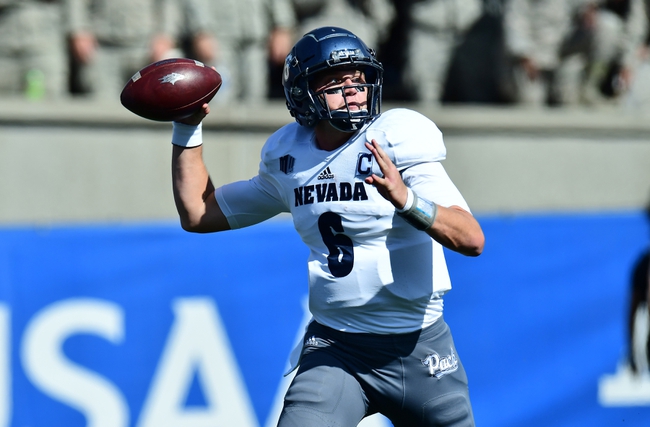 The Arkansas State Red Wolves and the Nevada Wolf Pack will meet up in college football’s Arizona Bowl on Saturday.

Arkansas State rolls into this one with an 8-4 record for the year. The Red Wolves had a rough run in the middle of the season but closed with wins over South Alabama, Coastal Carolina, LA-Monroe and Texas State to finish the season.

In the Bobcats game, Arkansas State QB Justice Hansen put up 276 yards with two TDs and Warren Wand managed 145 yards with one TD on the ground. Kirk Merritt logged a great day receiving for Arkansas State with 153 yards and two scores off six grabs.

Over on the Nevada side, they finished 7-5 on the season. The Wolf Pack had a four-game win streak going late in the season over Hawaii, San Diego State, Colorado State and San Jose State but lost their last outing versus UNLV.

In the Rebels matchup, Nevada QB Ty Gangi managed 295 yards with two TDs and three picks, and Kelton Moore had a nice day rushing with 129 yards and a TD. McLane Mannix led the Wolf Pack receivers with his 72 yards and one TD on six catches.

Arkansas state had a few rough outings right around midseason, but during the four-game win streak they were very solid on both sides of the ball.

As for Nevada, they were looking pretty solid as well toward the end of the season, but the 34-29 UNLV loss may stifle their momentum a bit.

All things considered, I like Arkansas State to take the cover here in a good matchup.