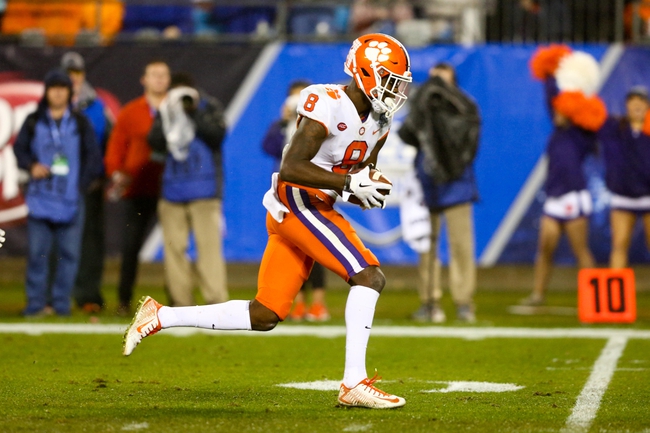 The Notre Dame Fighting Irish will meet the Clemson Tigers in college football’s Cotton Bowl on December 29 with the winner going on to play in the National Championship game.

In the Pitt game, Clemson QB Trevor Lawrence put up 118 yards and two scores, and Travis Etienne led the rush on 156 yards and two touchdowns. Tops in receiving for the Tigers was Justyn Ross, with two big catches for 70 yards.

Over on the Notre Dame side, they’re undefeated as well at 12-0 this season. The Irish have gone through Michigan, Ball State, Vanderbilt, Wake, Stanford, VT, PItt, Navy, Northwestern, Florida State, Syracuse and USC this year.

In the USC game, Notre Dame QB Ian Book logged 352 yards with two TDs and a pick, while Dexter Williams put up 97 yards and one score on the ground. The Irish’s leading receiver there was Chris Finke with 86 yards and a score off seven catches.

There’s no denying it; Clemson has been an absolute juggernaut this year. The last time the Tigers had much trouble in a game was way back on September 29 versus Syracuse, which was a 27-23 win against a great team.

As for Notre Dame, they’ve had some great victories as well, but looking at their schedule they’ve also had some close calls. Specifically, in the last six games the Irish have beaten Pitt by five, Northwestern by 10 and USC by just seven. That’s going to put some doubts in the minds of a lot of people, including myself. Thus, I have to stick with Clemson on the cover here.