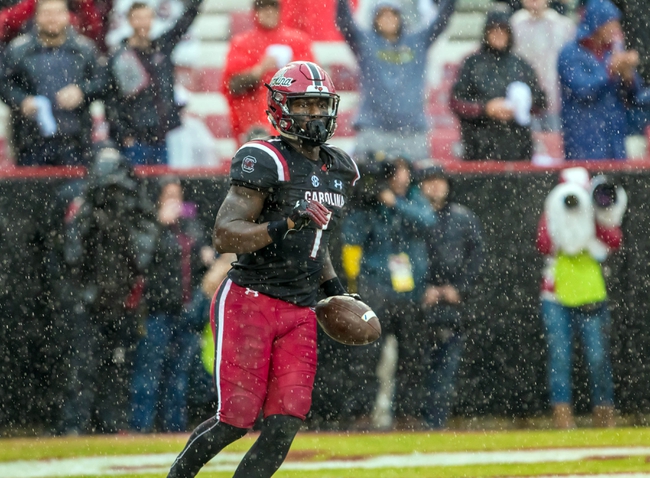 The South Carolina Gamecocks and the Virginia Cavaliers will meet up in the Belk Bowl on December 29.

South Carolina enters this game at 7-5 on the year. The Gamecocks have fallen to Georgia, Kentucky, Texas A&M, Florida and Clemson but otherwise beaten Coastal Carolina, Vanderbilt, Missouri, Tennessee, Mississippi, Chattanooga and Akron.

In the Zips game, South Carolina QB Jake Bentley logged 199 yards with three TDs and two picks, while Mon Denson put up 110 yards on the ground. Bryan Edwards was the lead receiver for South Carolina on five grabs for 109 yards and a TD.

Over on the Virginia side, they’re 7-5 this season as well. The Cavs have beaten Richmond, Ohio, Louisville, Miami FL, Duke, UNC and Liberty this year while dropping to Indiana, NC State, Pitt, Georgia Tech and Virginia Tech.

In the Hokies game, Virginia QB Bryce Perkins put up 259 yards and three scores, and also led the rush with 112 yards. Joe Reed was the lead receiver for the Cavaliers there with 119 yards and two TDs on four catches.

Meanwhile, the Cavs are 6-1 ATS versus a team with a winning record and 5-2 ATS in their last seven non-conference games. The over is 5-0 in Virginia’s last five bowl games and 4-0 in their last four in December.

Looking at South Carolina’s finishes this year, they’ve performed pretty well against the tougher teams. Sure, the Gamecocks fell by 14 to Kentucky and 56-35 to Clemson but beat Missouri by two, lost to Texas A&M by three and Florida by just four.

As for Virginia they’ve looked solid most of the year but haven’t exactly faced the type of competition the Gamecocks have. I’m going to stick with South Carolina on the cover here.