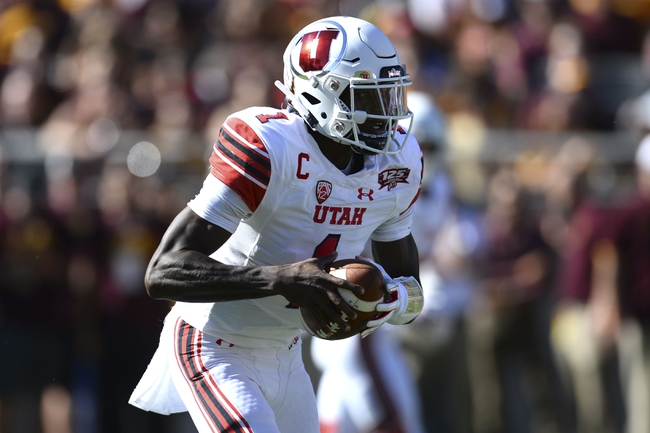 The 22nd ranked Northwestern Wildcats rebounded from a tough 1-3 start to the season, to win 7 of their last 9 games and finished the year with an impressive 9-4 record. Northwestern dominated in Big-10 play as they had an 8-1 overall record which won the Big-10 West, however, the Wildcats didn’t put up much of a fight in the Big 10 Championship after being defeated by the Ohio State Buckeyes, by a 45-24 margin. This will be the 4th straight Bowl game for head coach Pat Fitzgerald and the Wildcats hope to repeat the success they had last year after defeating the Kentucky Wildcats in the Music City Bowl.

Defensively, Northwestern is holding their opponents to an average of 23.5 ppg on 390.7 total yards per game (258.1 passing yds/g; 132.6 rushing yds/g). The Wildcats have forced their opponents into committing 20 turnovers on the season and have a turnover margin of +2.

The 17th ranked Utah Utes suffered some major injuries to key starters towards the end of the season, however, still had a successful season as they finished the year with an overall record of 9-4. Utah loss both their starting QB (Tyler Huntley) & RB (Zach Moss) after their loss at Arizona State, however, still won their last three regular season games before falling to Washington by a 10-3 margin in the Pac-12 Championship. Utah has an incredible 11-1 Bowl Record under head coach Kyle Whittingham which included a solid 30-14 victory over the West Virginia Mountaineers last season in the Holiday Bowl.

Defensively, Utah is holding their opponents to an average of 18.5 ppg on 315.1 total yards per game (213.3 passing yds/g; 101.8 rushing yds/g). Utah forced their opponents into committing 20 turnovers on the season and currently have a turnover margin of 0.

Northwestern has had a nice season, however, I’m concerned that the Wildcats are going to have a bunch of trouble on the offensive end agianst a Utah defense that finished the regular season ranked 15th in scoring defense & total defense. The Wildcats have a good defense in their own right, however, now that it looks like Tyler Huntley will be able to go for the Utes, I’m taking Utah to cover this spread.