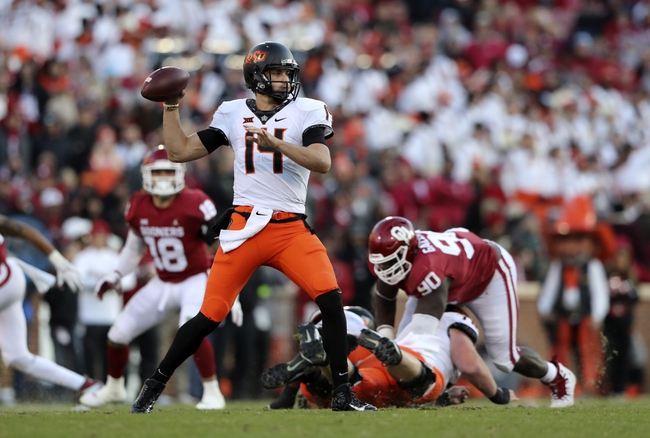 The Missouri Tigers come into this bowl game with an 8-4 overall record, including a 4-4 mark in SEC play, culminating in 4 straight wins to end the season. Drew Lock has thrown for 3,125 yards, 25 touchdowns and 8 interceptions on 63.2% passing while the tandem of Larry Rountree III and Damarea Crockett have combined to rush for 1,721 yards and 17 touchdowns this season. Emanuel Hall leads Missouri’s receiving corps with 756 receiving yards and 6 touchdowns while Johnathon Johnson has a team-high 50 grabs for 552 yards and 4 TDs and Albert Okwuegbunam has 43 receptions for 466 yards and 6 touchdowns this season. As a team, Missouri is averaging 468.8 yards of total offense and 36.9 points per game this season.

Missouri has been the more trustworthy team down the stretch for me, winning their last 4 games, and with Oklahoma State missing lead running back Justice Hill to a rib injury for this game, I can understand why Missouri is a favorite. However, Oklahoma State can light up the scoreboard in their own right, and the Tigers have a bunch of guys listed as questionable for the bowl game. So with that said, the over is worth a look, but given that we know more about Oklahoma State and how the Cowboys have performed well ATS, I’ll take a shot with Oklahoma State and the points here.