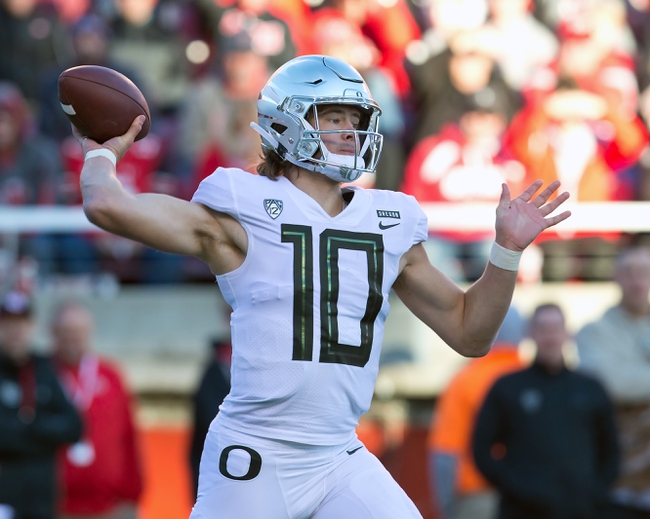 The Michigan State Spartans and Oregon Ducks will square off in the Redbox Bowl at Levi’s Stadium on New Year’s Eve.

The Michigan State Spartans had an underwhelming season for their standards as after going just 3-3 over their last 6 games, the Spartans finished their season with a 7-5 (5-4 Big 10) overall record. Michigan State had a nice signature win this season at Penn State and will be playing their 11th bowl under Mark Dantonio. Michigan State will going for their 2nd straight Bow victory after defeating the Washington State Cougars in the Holiday Bowl last season.

Defensively, Michigan State is holding their opponents to an average of 18.0 ppg on 311.5 total yards per game (230.2 passing yds/g; 81.3 rushing yds/g). The Spartans forced 23 turnovers on the season and currently have a turnover margin of +2.

The Oregon Ducks looked like the team to beat in the Pac-12 after improving to 5-1 on season with a signature win over Washington, however, the Ducks faded down the stretch and finished with an 8-4 (5-4 Pac-12 North) after splitting their last 6 games. Oregon will be playing in their 2nd straight Bowl game under Mario Cristobal and will hope to have better success than last season as the Ducks fell by a 38-28 margin to the Boise State Broncos in the Las Vegas Bowl.

Defensively, Oregon is allowing their opponents to average 27.0 ppg on 390.5 total yards per game (247.4 passing yds/g; 143.1 rushing yds/g). Oregon has forced 22 turnovers on the season and currently has a turnover margin of +4.

We’re going to have to keep an eye out over the next few weeks to ensure that all the main players on both teams are going to play as I have a feeling that anyone that is going to go to the NFL draft might skip this one. On the basis that everyone is going to play, although I’m nervous backing a Pac-12 team that has struggled in Bowls recently, Oregon has the best offensive player on the field in QB Justin Herbert and if there is a weakness in the Spartans defense, it’s in their passing defense that ranks just 64th in the country. Michigan State’s offense has put up just 20 combined points in their last two games agianst Nebraska & Rutgers and as I think the Ducks defense will also give the Spartans trouble, I’m taking Oregon to cover this small spread.