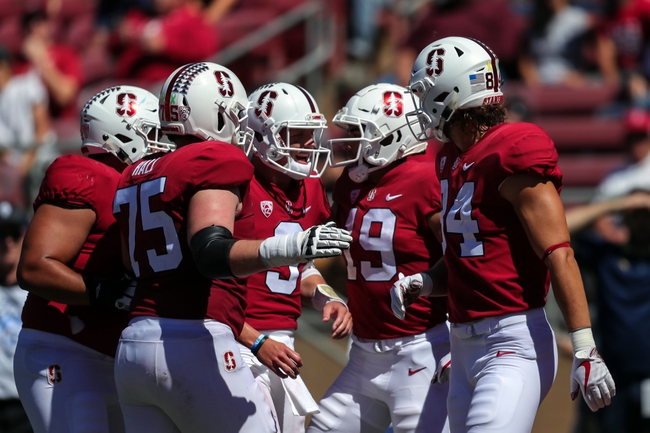 The Stanford Cardinal and the Pitt Panthers meet in college football action as part of the Sun Bowl from El Paso, Texas on New Year’s Eve.

The Stanford Cardinal come into this game with an 8-4 overall record, including 6-3 in Pac-12 play, good enough to finish 3rd in the Pac-12 North Division. K.J. Costello threw for 3,435 yards, 29 touchdowns and 11 interceptions on 66.4% passing while Bryce Love led the Stanford ground attack with 739 rushing yards and 6 touchdowns. JJ Arcega-Whiteside led the Cardinal’s receiving corps with 60 catches for 969 yards and 14 touchdowns while Trenton Irwin had 60 grabs for 685 yards and Kaden Smith had 47 catches for 635 yards this season. As a team, Stanford is averaging 395.4 yards of total offense and 29.6 points per game this season.

The Pitt Panthers come into this game with a 7-6 overall record, including a 6-2 mark in ACC play to finish atop the ACC Coastal Division, booking a spot in the ACC title game where the Panthers fell to eventual champion and college playoff finalist Clemson by a final score of 42-10. Kenny Pickett has thrown for 1,833 yards, 12 touchdowns and 6 interceptions while the tandem of Qadree Ollison and Darrin Hall combined for 2,211 yards and 20 rushing touchdowns this season. Taysir Mack led the Panthers in receiving yards with 489 yards, while Maurice Ffrench had 30 catches for 466 yards and a team-high 6 touchdowns and Rafael Araujo-Lopes had 36 catches for 367 yards and 4 touchdowns. As a team, Pitt is averaging 371.8 yards of total offense and 26.6 points per game this season.

Pittsburgh had a solid season, and I’m not reading into the losses against Miami and Clemson as the Panthers were resting guys for the ACC title game against the Hurricanes and a lot of quality teams lost to Clemson this season. On the flipside, Bryce Love won’t suit up for this game for Stanford as he gets prepared for the NFL draft. With that said, Love didn’t have much of an impact this season as it is, and that didn’t stop Stanford from racking up the points. Pitt has an impressive tandem in Ollison and Hall, but Stanford has had plenty of time to prepare and has the momentum with the way they finished their season with 3 straight wins. I simply think Stanford’s experience in bowl games will pay dividends here, so I’ll lay the points with the Cardinal in this spot.