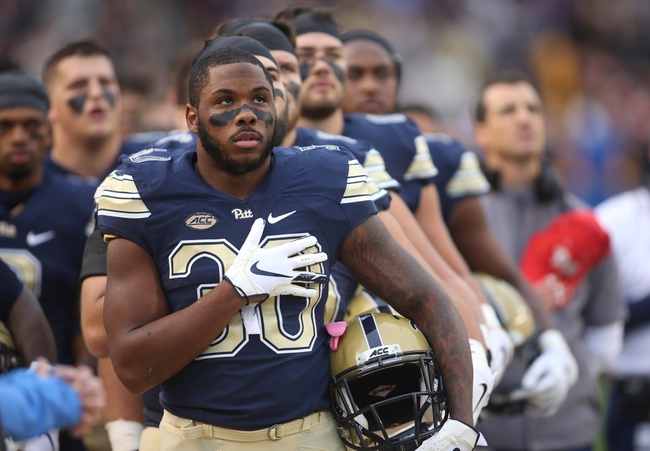 The Stanford Cardinal and the Pittsburgh Panthers will meet in the Sun Bowl on December 31.

Stanford is sitting at 8-4 on the season. The Cardinal fell to Notre Dame, Utah, Washington State and Washington this year but took out SDSU, USC, UC Davis, Oregon, Arizona State, Oregon State, UCLA and Cal.

In the Golden Bears game, Stanford QB KJ Costello put up 237 yards with a TD, and Bryce Love rushed for 74 yards. JJ Arcega-Whiteside led the Cardinal receivers on 109 yards from five catches.

Over on the Pitt side, they’re 7-6 this season. The Panthers took out Albany, Georgia Tech, Syracuse, Duke, Virginia, Virginia Tech and Wake Forest but fell to Penn State, UNC, UCF, Notre Dame, Miami FL and Clemson.

In the Tigers game, Pittsburgh’s Kenny Pickett threw for just eight yards with a pick, and Darrin Hall rushed for 86 yards to lead the team. Rafael Araujo-Lopes was the top receiver for the Panthers with two catches for 10 yards.

Stanford’s losses this year all came to ranked teams, weirdly enough, and though the Cardinal were trounced by Notre Dame and Utah, they fell by just three to Washington State and four to Washington.

As for Pitt, they’ve shown some flashes of being a potentially great squad at times this year, but a couple of stumbles (namely UNC and the Hurricanes) showcased some potential flaws as well.

This is a really good matchup if both teams play to their abilities and should be a fairly close game. I’m not sold on Pitt these days though, so I’m going Stanford.