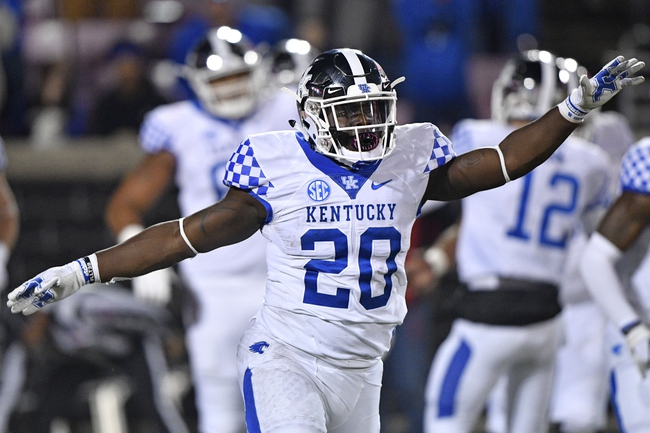 The Kentucky Wildcats and the Penn State Nittany Lions will meet up on Tuesday in college football’s Citrus Bowl.

Penn State enters this one at 9-3 on the season. After dropping to powerhouse Michigan on November 3, the Nittany Lions finished off with victories over Wisconsin, Rutgers and Maryland.

In the Terrapins game, Penn State QB Trace McSorley put up 230 yards and a TD, and Miles Sanders led the rush with 14 carries for 128 yards. KJ Hamler was the top Lions receiver with three grabs for 90 yards.

Over on the Kentucky side, they’re 9-3 this year as well. The Wildcats pushed through a gauntlet of ranked teams toward the middle of the season, and overall did pretty well, ending with a pair of wins over Middle Tennessee and Louisville.

In the Cardinals game, Kentucky QB Terry Wilson put up 261 yards, three TDs and a pick, and Asim Rose rushed for 112 yards and a TD. Lynn Bowden led the Wildcats on 86 yards receiving with two TDs from six catches.

Penn State was certainly overmatched against Michigan (42-7 final score), but the other ranked team they faced (Ohio State) just barely eked out a 27-26 victory. The Lions definitely belong in the national conversation.

Kentucky seems like they’ve been a little less consistent over the past several weeks, even thought they’ve had some tough draws in there. All things considered I’m going for the Nittany Lions in what should be a great game.