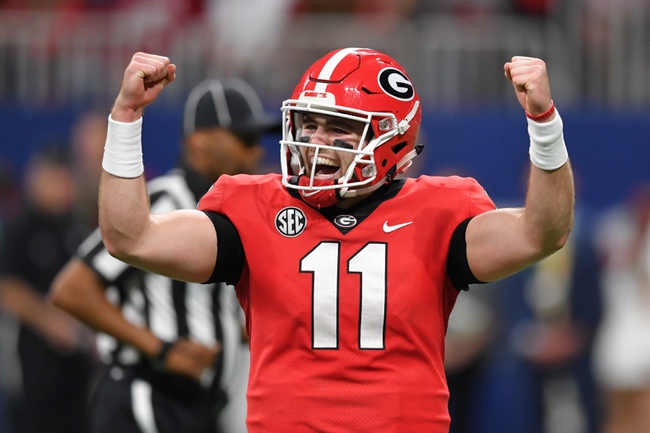 The 15th ranked Texas Longhorns & 5th ranked Georgia Bulldogs will square off in the AllState Sugar Bowl at the Mercedes-Benz Superdome this Tuesday night.

The 15th ranked Texas Longhorns continued to grow under head coach Tom Herman as they finished their 2018 season with an overall record of 9-4. Texas won their final three games of the regular season to finish reach the Big-12 Championship game, however, they couldn’t get their 2nd victory against Oklahoma on the season as they fell to the Sooners by a 39-27 margin. Texas had a few marquee victories this season as they defeated USC, Oklahoma, and Iowa State this season. This will be the 2nd straight year that Texas has made a Bowl game after the Longhorns defeated the Missouri Tigers, 33-16, in the Academy Sports & Outdoors Texas Bowl last season.

Defensively, Texas is allowing their opponents to average 26.2 ppg on 401.2 total yards per game (265.2 passing yds/g; 135.9 rushing yds/g). The Longhorns have forced 18 turnovers on the season and currently have a turnover margin of +7.

The 5th ranked Georgia Bulldogs finished their season with an impressive 11-2 record, however, the Bulldogs fell just short of reaching the CFB Playoffs after they were defeated by the Alabama Crimson Tide by a 35-28 margin in the SEC Championship game. Georgia had Alabama on the ropes, however, allowed the Crimson Tide to score 21-unanswered points to finish off the game and get the come from behind victory. Georgia’s biggest victories of the season came against Florida, Kentucky, and Auburn. Georgia hasn’t missed a Bowl game since the 1996 season and fell just short of the National Championship last season after falling to Alabama in the CPF by a 26-23 margin in OT.

Defensively, Georgia is holding their opponents to an average of 18.5 ppg on 311.2 total yards per game (180.5 passing yds/g; 130.6 rushing yds/g). Georgia forced their opponents to commit 17 turnovers on the season and currently have a turnover margin of +5.

Texas continues to show improvement under Tom Herman and has to be thrilled to have QB Sam Ehlinger back next season, however, I think their going to run into an angry Georgia team who probably feels that they were better than both Notre Dame or Oklahoma who made the CFB Playoffs. Georgia’s defense I think could give Ehlinger some trouble and as I think Jake Fromm and the Bulldogs offense won’t have any issues putting up points against a Texas defense that gave up 34+ points in six games this season, I’m taking Georgia to cover this double-digit spread.