Who Are The Winningest College Football Head Coaches of All Time? 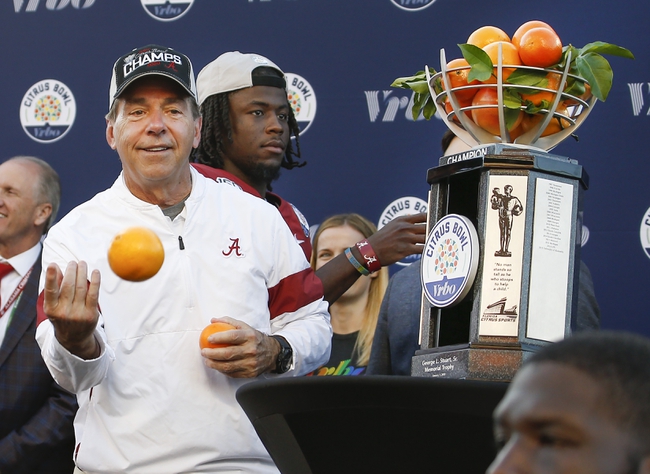 College Football Coaches With the Most Career Wins

For many college football head coaches the game is just a stepping stone or a stopping ground on their way to the NFL. For other college head coaches it is a lifetime body of work.

409 wins - Joe Paterno - Joe Paterno’s run as head coach at Penn State seemed to go one forever but it was 46 years that included 37 bowl games and 24 bowl wins. It will take better than 10 wins a year for 40 years to take down this record.

357 wins - Bobby Bowden - While Bobby Bowden is best known for his run at Florida Stat where he put the Notes on the map, he also coached at West Virginia. Bowden won two national championships and he finished in the top 5 in the polls on a regular basis.

323 wins - Bear Bryant - Bear Bryant was an innovator and a game changer and while he coached at four schools, he is best known for wearing his houndstooth cap on the sidelines at Alabama.

282 wins - Amos Alonzo Stagg - Stagg coached for 43 years all of them except for two at the University of Chicago.

257 wins - LaVell Edwards - Edwards was one of those on this list that did all of his winning at one school, Brigham Young.

255 wins - Tom Osborne - Osborne coached at Nebraska for 25 years and won the National Championship in 3 of his final fur years on the sidelines.

249 wins - Lou Holtz - Holtz dipped his toes in the water in the NFL with the New York Jets but college football is where he found his success at six different schools.

248 wins - Nick Saban - Saban has coached at four schools and also had a brief stint in the NFL with the Miami Dolphins but he will likely be best remembered for his run with Alabama where he has been a regular in the playoffs and championship game.

245 wins - Mack Brown - Brown won the 2005 National Championship at Texas in between his two stints at North Carolina.

238 wins - Frank Beamer - All of Frank Beamer’s wins took place as the head coach at Virginia Tech where his special teams were truly special.

234 wins - Bo Schembechler - While Bo started his career at Miami (OH) he will always be remembered for his days at Michigan and his battles with Ohio State’s Woody Hayes (205 wins).

230 wins - Hayden Fry - Hayden Fry coached at three schools: Iowa, North Texas, and SMU with his longest tenure coming at Iowa where he was for 20 years.

228 wins - Steve Spurrier - Spurrier amassed these wins at three schools including a national championship at his alma mater Florida. Spurrier also coached in the pros in both the NFL and USFL.

215 wins - Bill Snyder - Snyder (aka “The General”) had two stints at Kansas State as he was called out from retirement to revive the struggling program, after the stadium had already been named after him.

The pick in this article is the opinion of the writer, not a Sports Chat Place site consensus.
Previous Pick
What School Has Won The Most College Football National Championships?
Next Pick
Who Has Rushed For the Most Yards in A College Football Season?