What College Football Team Has The Most Wins All Time? 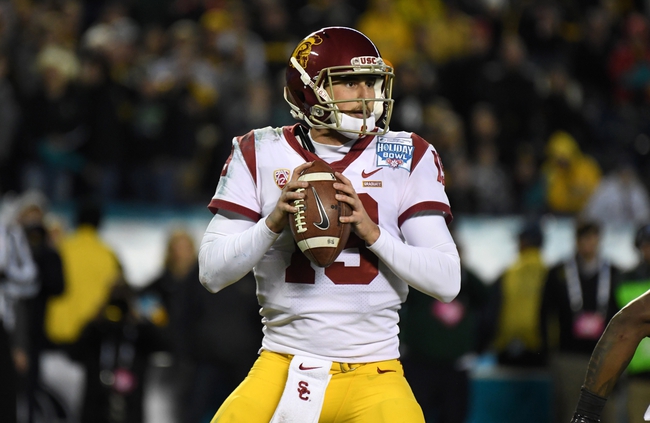 A Look at the Top Ten College Football Programs in History.

College Football has been around for decades, with college football now being split into an FBS and FCS division.  Let us take a look and see which 5 teams have had the most success in program history. Get winning College Football picks and College Football predictions for every game all season long at Sports Chat Place.

1. The Michigan Wolverines have totaled 962 wins in their program.  The Wolverines first year of football came back in 1879. Michigan needed 1,344 games to get to their 962 wins.  Michigan has been even better than Ohio State, having collected 42 conference championships. The Wolverines have participated in 48 bowl games.  The Wolverines have been guided by several coaching legends: Fielding Yost, Bo Schembechler, and Lloyd Carr. Current coach Jim Harbaugh is attempting to bring that success back to the program year in and year out.  Harbaugh has done a nice job to this point, posting 10 win seasons in 3 of 5 years, but has gone just 1-4 in bowl games.

2. The Ohio State Buckeyes have recorded 923 wins, since the university opened their football program back in 1890.  The Buckeyes have played a total of 1,302 games. Ohio State has won an eye popping 39 conference championships, while having been a participant in 51 bowl games.  Ohio State has been under the direction of some great coaches during their program history, a few of those coaches are: Woody Hayes, Earle Bruce, John Cooper, Jim Tressel, and Urban Meyer.

3. The Yale Bulldogs opened their doors 20 years before Alabama, as the Ivy League member played their first football game in 1872.  Yale has registered 917 wins, having played a total of 1,352 games in program history. The Bulldogs have either outright won the Ivy League or have been a co-champion 16 times in school history.

7. The Oklahoma Sooners have won the same amount of games as Notre Dame (908), but have taken the Sooners longer to get there.  Oklahoma has played 1,288 games in their program history. The Sooners have 46 conference championships to add to their accomplishments.  Oklahoma has been a participant in 53 bowl games.

The pick in this article is the opinion of the writer, not a Sports Chat Place site consensus.
Previous Pick
College Football Top Five Winningest Programs
Next Pick
Which College Football Player had the Most Rushing Touchdowns for their Career?