Which College Football Player had the Most Passing Yards in a Single Season? 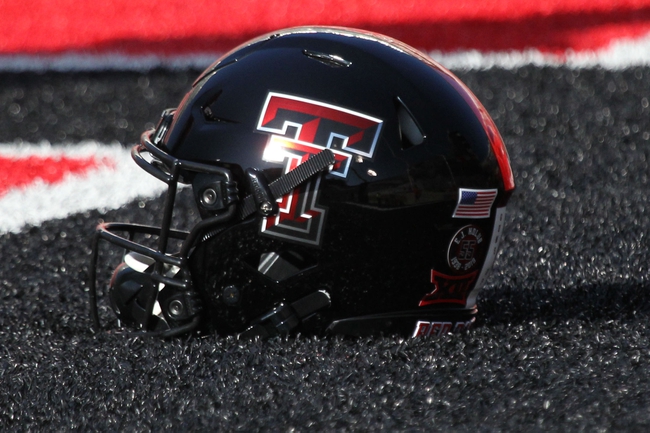 A Look at the Top Ten Players for Single Season Passing Yards.

There have been a lot of great players that have come through the college ranks, whether it was for just one season or multiple years.  Which ten players had the most passing yards in a single season? Let us take a look and see who the ten players are. Get winning College Football picks and College Football predictions for every game all season long at Sports Chat Place.

1. B.J. Symons leads the list after having a stellar 2003 campaign with Texas Tech.  Symons passed for 5,833 yards, completing 65.4 percent of passes that year. The Texas Tech quarterback completed 470 passes out of 719 attempts.

T-3. Joe Burrow, the former LSU standout is in 3rd place, having passed for 5,671 yards during the 2019 season.  Burrow completed an outstanding 76.3 percent of passes. The LSU quarterback had 402 completions, while attempting 527 passes.

T-3. Case Keenum is tied for 3rd with Burrow, after passing for 5,671 yards during the 2009 season for Houston.  Keenum completed 492 passes, while attempting 700 passes. The quarterback had a completion percentage of 70.3 during the 2009 campaign.

5. Keenum finds himself back on the list at number 5.  The Houston slinger threw for 5,631 yards during 2011, which was his senior year.  Keenum had a better completion percentage than the 2009 year. The quarterback completed 71 percent of passes during his senior year.

6. Anthony Gordon, finds himself at number 6, after coming off a great 2019 season for Washington State.  Gordon totaled 5,579 yards through the air, while completing 71.6 percent of passes. The quarterback had 493 completions, while attempting 689 passes.

7. Colt Brennan, a three year starter at Hawaii, finds himself at number 7.  Brennan makes the list for a great junior year, which happened during the 2006 season.  The quarterback passed for 5,549 yards, via the 406 completions. Brennan had a completion percentage of 72.6.

8. Ty Detmer, the BYU standout, passed for 5,188 yards during the 1990 season. Detmer averaged 9.2 yards per completion.  The BYU quarterback had 361 completions out of 562 passing attempts.

9. David Klingler, a four year player at Houston is number 9 on the list.  Klingler passed for 5,140 yards during the 1990 campaign. The Houston quarterback completed 374 passes, while averaging 8 yards per completion.

10. Graham Harrell rounds out the top 10, as the Texas Tech quarterback is on here for the 2nd time. The quarterback passed for 5,111 yards during the 2008 season.  Harrell completed 70.6 percent of passes via the 442 completions out of 626 passing attempts.