Which College Football Player had the Most Rushing Touchdowns During a Season? 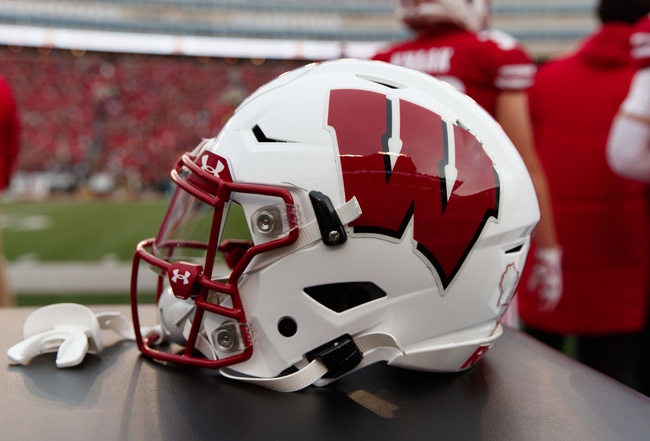 A Look at the Top Ten Players for Single Season Rushing Touchdowns.

There have been a lot of great players that have come through the college ranks, whether it was for just one season or multiple years.  Which ten players had the most rushing touchdowns in one season? Let us take a look and see who the ten players are. Get winning College Football picks and College Football predictions for every game all season long at Sports Chat Place.

2. Montee Ball has the second spot on lock, after a great great 2011 season with Wisconsin.  Ball rushed for 33 touchdowns during the 2011 campaign. During that season, the Wisconsin running back rushed for 1,923 yards, averaging 6.3 yards per carry.

T-6. Melvin Gordon ranks number 6 on the list, after a great 2014 season with Wisconsin.  Gordon collected 29 rushing scores during the 2014 campaign. The Wisconsin running back rushed for 2,587 yards during that season, averaging 7.5 yards per rush attempt.

T-6. Kevin Smith didn’t need a senior season for Central Florida, after a stellar 2007 season.  Smith registered 29 rushing touchdowns during his junior year, which is tied for 6th. The running back rushed for 2,567 yards on 450 attempts during the 2007 campaign.

T-6. Mike Rozier is also tied for 6th with Gordon and Smith, having recorded 29 rushing touchdowns during the 1983 season for Nebraska.  Rozier rushed for 2,148 yards for Nebraska during the 1983 campaign. The running back averaged 7.8 yards per rush during that season.

Henry rushed for 28 touchdowns during the 2015 season for Alabama.  Henry collected 2,219 yards on the ground during that season.

Ajayi collected 28 scores on the ground for Boise State during the 2014 season.  Ajayi rushed for 1,823 yards, averaging 5.3 yards per carry that season.

McGahee needed just two years at Miami (FL), after posting 28 touchdowns on the ground as a sophomore during the 2002 year.  McGahee gathered 1,753 yards on 282 rushing attempts during that huge year.

Metcalf has kept himself in the top 9, after a great 1971 season.  Metcalf rushed for 28 scores for Long Beach State. The running back had 1,673 yards, averaging 6.3 yards per rush attempt during the 1971 season.