Which College Football Player had the Most Passing Yards for their Career? 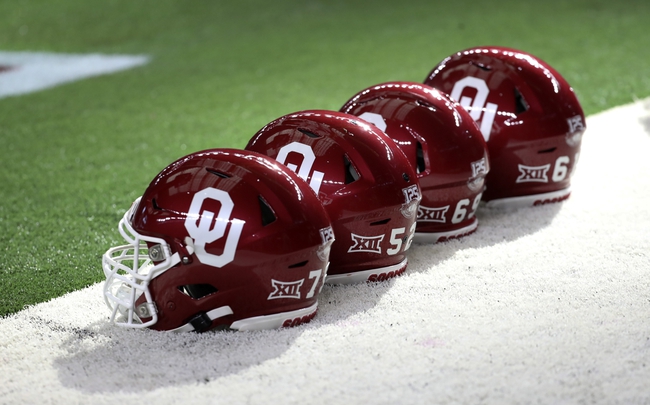 A Look at the Top Ten Players for Career Passing Yards.

There have been a lot of great players that have come through the college ranks, whether it was for just one season or multiple years.  Which ten players had the most passing yards in their career? Let us take a look and see who the top ten is. Get winning College Football picks and College Football predictions for every game all season long at Sports Chat Place.

1. Case Keenum is atop the list, after having an outstanding career with Houston.  Keenum played at Houston from 2007-2011 and totaled 19,217 yards yards through the air.  The quarterback saw his best year in 2011, after finishing with a quarterback rating of 174.0, while throwing 48 touchdowns and just 5 picks.  Keenum has played for 5 different organizations in the NFL to this point, compiling a 27-35 record.

3. Landry Jones, who played at Oklahoma has the number 3 spot secured.  Jones threw for 16,646 yards during his time at Oklahoma from 2009-2012.  The quarterback had a consistent career year in and year out for the Sooners, but saw his best year during the 2010 campaign.  During his sophomore year, Jones passed for 4,718 yards and 38 touchdowns. The 4 year starter at Oklahoma was drafted in the 4th round by the Pittsburgh Steelers in the 2013 draft.

4. Graham Harrell is number 4 on the list.  Harrell, who was a part of the high powered and fast paced Texas Tech offense, passed for 15,793 yards during the 2005-2008 seasons.  The quarterback was most productive during his junior year, when he passed for 5,705 yards via the 512 completions. Harrell recorded 48 touchdowns though the air that season.  The Texas Tech standout went undrafted during the 2009 season, but did spend time with the Green Bay Packers.

6. Kellen Moore is number 6 on the list, after throwing for 14,667 yards during the 2008-2011 seasons for Boise State.  The Boise State quarterback had a touchdown to interception ratio of 39 to 3 during the 2009 season. Moore passed for 142 touchdowns during his time as a 4 year starter.  Moore finished in the top 8 in the Heisman voting 3 times. The quarterback spent time with the Lions and the Cowboys after his college career.

8. Luke Falk, the former Washington State product is number 8 on the all time list.  Falk threw for 14,481 yards during the 2014-2017 seasons. Falk finished his college career with 119 passing touchdowns, while recording a quarterback rating of 142.8.  The Washington State standout was drafted in the 6th round by the Tennessee Titans in the 2018 draft.

9. Colt Brennan is number 9 on the list, after throwing for 14,193 yards during his time at Hawaii from 2005-2007.  Brennan saw his best year during his junior year, after throwing for 5,549 yards and 58 touchdowns. The Hawaii quarterback finished his Hawaii career with a quarterback rating of 167.6. Brennan was drafted in the 6th round by the Washington Redskins during the 2008 draft.