Which College Football Quarterback had the Most Passing Touchdowns for their Career? 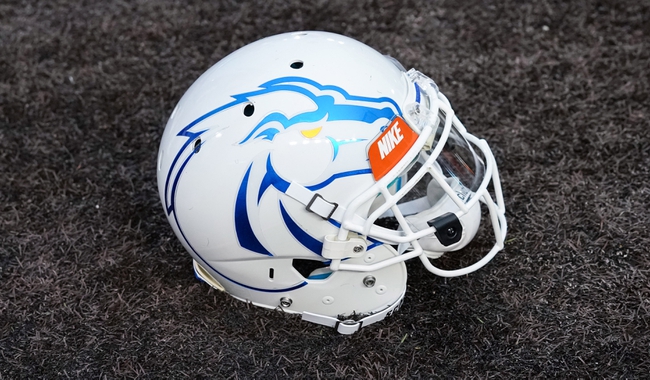 A Look at the Top Ten Quarterbacks for Career Passing Touchdowns.

There have been a lot of great players that have come through the college ranks, whether it was for just one season or multiple years.  Which quarterbacks had the most passing touchdowns for their career? Let us take a look and see who made this list. Get FREE College Football Picks and College Football Prredictions for every game at Sports Chat Place.

2. Kellen Moore is 2nd on the list, after totaling142 touchdowns through the air.  Moore, a Boise State, recorded 14 touchdowns during the seasons between 2008-2011.  Moore registered 14,667 yards during his career. The Boise State standout finished his college career with a great touchdown to interception ratio of 142 to 28.

3. Graham Harrell, the former Texas Tech quarterback is 3rd on the list. Harrell registered 134 touchdowns during the seasons between 2005-2008.  Harrell saw his best season during the 2007 campaign, where the quarterback tossed 48 touchdowns and threw for 5,705 yards. Harrell had a rating of 154.3 for his career.

T-4. Colt Brennan, the Hawaii product is 4th all time, after throwing 131 touchdowns during his time between 2005-2007.  The Hawaii quarterback had a touchdown to interception ratio of 131 to 42 for his 3 year career at Hawaii. Brennan averaged 9 yards per completion.

T-4. Rakeem Cato is tied for 4th with Brennan, registering 131 touchdowns through the air during his time at Marshall from 2011-2014.  Cato was a 4 year starter at Marshall and totaled 14,079 yards through the air. The quarterback finished his career with a completion percentage of 62.7.

T-4. Baker Mayfield joins Brennan and Cato in a 3 way tie for 4th.  Mayfield tossed 131 touchdowns at Oklahoma during the 2013-2017 seasons.  Mayfield was at his best during his senior season, passing for 4,627 yards and 43 touchdowns, while throwing just 6 picks.

7. Landry Jones, the former Oklahoma quarterback is 7th on the list, after being passed over by fellow Oklahoma quarterback Baker Mayfield.  Jones recorded 123 touchdowns during the 2009-2012 seasons. The future draft pick of the Steelers saw his best year as a sophomore. Jones collected 38 passing touchdowns and 4,718 yards that season.

T-8. Ty Detmer is 8th on the list, thanks to his successful career at BYU.  Detmer totaled 121 passing touchdowns during the 1988-1991 seasons. The BYU quarterback had his best campaign during the 1990 season.  Detmer threw for 5,188 yards and 41 touchdowns that year.

T-8. Aaron Murray is tied for 8th with Detmer, having thrown 121 touchdowns during his career at Georgia during the 2010-2013 campaigns.  Murray added 13,166 passing yards during his college years, while averaging 9.3 yards per completion.