Which College Football Player had the Most Touchdowns From Scrimmage for their Career? 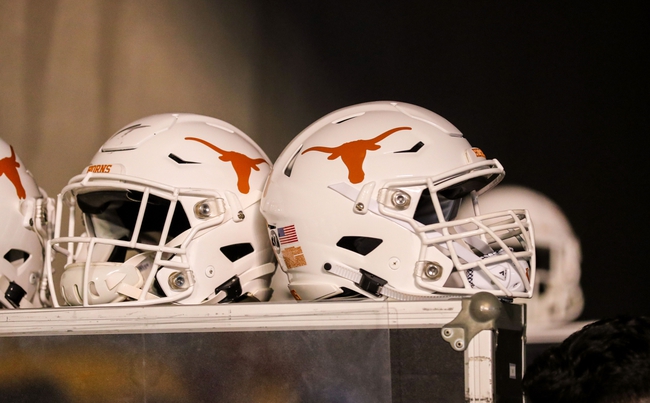 A Look at the Top Ten Players for Most Touchdowns From Scrimmage for a Career.

There have been a lot of great players that have come through the college ranks, whether it was for just one season or multiple years.  Which players had the most touchdowns from scrimmage for their career? Let us take a look and see who made this list. Get FREE College Football Picks and College Football Prredictions for every game at Sports Chat Place.

1. Keenan Reynolds, the Navy product is atop the list, after a stellar career from 2012-2015.  Reynolds collected 88 touchdowns. The quarterback totaled a combined 4,606 yards from scrimmage during his career.  All of Reynolds touchdowns were rushing.

2. Kenneth Dixon, the Louisiana Tech standout is 2nd on the list, after registering 87 touchdowns from 2012-2015.  The running back was able to come out of the backfield and make a difference receiving as well, totaling 5,452 yards for his college career.

3. Montee Ball is 3rd on the list, after the running back from Wisconsin recorded 83 total touchdowns from 2009-2012.  Ball collected 5,738 yards during his 4 year career at Wisconsin, with 3 of them being as a starter.

4. Travis Prentice is 4th, thanks to a great career from 1996-1999 for Miami (OH).  The running back was responsible for 78 total touchdowns during his college career.  Prentice registered 6,118 yards of offense. The Miami (OH) 3 year starter averaged 5.1 yards per play.

5. Ricky Williams is number 5, after being a steady Eddy at Texas from 1995-1998.  Williams scored 75 touchdowns from scrimmage at Texas. The future 1st round pick collected 7,206 yards from scrimmage during his college years.

6. Ron Dayne, the former Wisconsin running back, is the 2nd Badger to make the list.  Dayne totaled 71 touchdowns from 1996-1999. The running back registered 7,429 yards of offense during his time in college.  All of Dayne’s touchdowns were rushing.

7. Taurean Henderson, the Texas Tech running back was just as important as receiver and for that Henderson is number 7.  Henderson recorded 69 total touchdowns, while finishing with 5,299 yards from scrimmage.

T-8. Brock Forsey is number 8, having had a great career at Boise State.  Forsey collected 68 touchdowns during the 1999-2002 seasons. The running back registered 101 receptions out of the backfield.  The Boise State standout totaled 5,220 yards from scrimmage.

T-8. Anthony Thompson is tied for 8th with Forsey, after recording 68 touchdowns with Indiana from 1986-1989.  The Indiana running back added just 1 touchdown as a receiver, while finishing with 6,054 yards from scrimmage.

T-10. Cedric Benson is number 10, after scoring 67 touchdowns from 2001-2004 with Texas.  Benson secured 6,161 total yards during his college career. Most of Benson’s touchdowns were rushing, but the Texas running back did have 3 receiving touchdowns.

T-10. Donnel Pumphrey is tied for 10th with Benson, as the San Diego State product collected 67 touchdowns from 2013-2016.  Pumphrey added 7,444 yards from scrimmage during his 4 years at San Diego State.

T-10. Devin Singletary is tied for 10th with Benson and Pumphrey with 67 touchdowns.  Singletary, the former Florida Atlantic running back, also recorded 4,684 yards from scrimmage.

The pick in this article is the opinion of the writer, not a Sports Chat Place site consensus.
Previous Pick
Which College Football Quarterback had the Most Passing Completions in a Single Season?
Next Pick
Who Has the Most Rushing Yards in College Football History?