Who are the College Football Coaches with the Highest Winning Percentage? 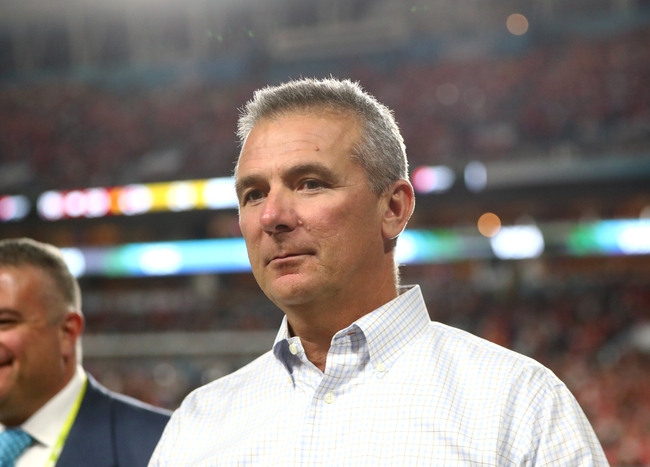 The College Football Coaches with the Highest Winning Percentage

Bud Wilkinson was the college coach for the Oklahoma Sooners from 1947-63 and finished with a win percentage of .826.After leaving the Sooners, Wilkinson ran for the United States senate.

Bob Neyland served in the military which led to having three different stints with the Tennessee Volunteers. Neyland ended with a win percentage of .829 but he struggled in bowls going only 2-9.

Charley Moran had an interesting path to his .833 win percentage. Moran started his coaching career at Texas A&M and then continued at Centre. While coaching he also was an MLB umpire in the National League.

Fielding Yost coached with Nebraska, Kansas, Stanford and San Jose State but he was best known for his time with the Michigan Wolverines. Yost finished his career with 197 wins.

Tom Osborne was the head coach of the Nebraska Cornhuskers from 1973-1997 and went into politics when he stepped away from football. Even with all the success, Osborne was under .500 in bowl games.

Barry Switzer was the head coach with the Oklahoma Sooners where he finished 157-29-4. After leaving Oklahoma, Switzer coached the Dallas Cowboys for four years.

Urban Meyer has the third-highest win percentage of all time and he had all kinds of success at every one of his stops. If it wasn’t for health concerns, Meyer probably would have continued coaching and found more success.

Frankl Leahy coached at Boston College and Notre Dame and only had 13 losses total in 120 total games.

Knute Rockne checks into this list at one with a win percentage of .881. During 13 years at Notre Dame, Rockne had 105 wins, 12 losses, and five ties. Rockne tragically died in a plane crash while flying to help in the production of The Spirit of Notre Dame.

The pick in this article is the opinion of the writer, not a Sports Chat Place site consensus.
Previous Pick
Who are the College Football Coaches With The most Championships?
Next Pick
Which College Football Player had the Most Receiving Yards for a Single Season?