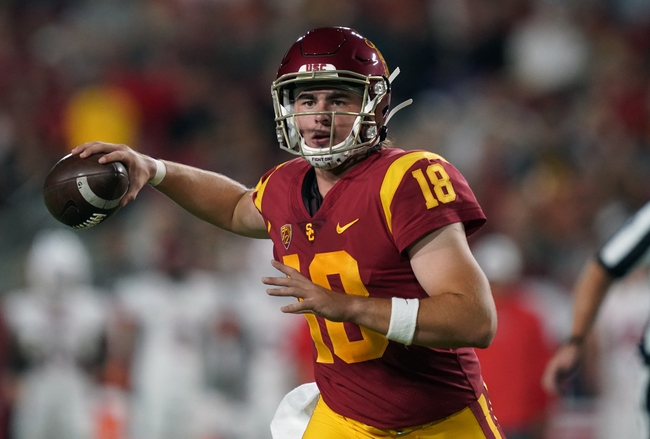 In what comes as a bit of a surprise move, USC quarterback JT Daniels has entered the transfer portal and is now free to join a different school with three years of edibility remaining. Daniels is a former 5-star recruit but missed much of last season due to a knee injury. Daniels was still expected to compete for the starting QB job this season.

While options may be a bit limited at this point in the year, here are five schools Daniels should consider.

USC - Daniels has a legit chance to be the starter for USC this season with only Kedon Slovis in his way. It’s also not going to be easy to transfer at this point in the year and expect to learn a new playbook while having a real shot to start right away. Most teams have a good idea who their starting quarterback is going to be at this point and USC also has a chance to block his eligibility depending on which team he picks. I doubt Daniels wants to miss pretty much two full seasons. Unless Daniels really wants out of Southern Cal, transferring almost seems more trouble than its worth at this stage. But...

Tennessee - The Tennessee Volunteers don’t have a concrete starting quarterback at the moment and would love to have somebody of Daniels caliber to strengthen the competition. Vols associate head coach and wide receivers coach Tee Martin was also the co-offensive coordinator for USC when Daniels was a freshman. That relationship along with the chance to start right away makes this a very intriguing spot.

Ole Miss - Lane Kiffin is no stranger to transfer players and is looking to win now, so I’m not sure how much patience he has in John Rhys Plumlee or Matt Corral at the quarterback position. Kiffin recruited Daniels when he was at Alabama, and it was one of the schools he took an unofficial visit to back in 2017. Daniels could put up big numbers with Kiffin calling the shots and going up against top tier competition in the SEC would strengthen his NFL draft stock. This is a solid landing spot for Daniels if he’s serious about the next level.

LSU - The LSU Tigers are losing some guy named Joe Burrow, who led them to a national title and will be the first pick in the NFL draft. LSU has an experienced option in Myles Brennan, who has been with the program the last three years and has 70 career pass attempts, but he doesn’t have the upside Daniels brings to the table. Ed Orgeron recruited Daniels and LSU extended an offer back in June of 2017. This move would give LSU stability at the QB position and allow an instant chance at a repeat.

Michigan - Daniels’ family has ties to Michigan, and the Wolverines were one of the first schools he visited back in April of 2016 before he was even extended an offer. Michigan is no stranger to snagging players through the transfer system and could use depth at quarterback with Shea Patterson no longer around. Competing with Joe Milton or Dylan McCaffrey leaves Daniel in a similar situation he’s in now, but Michigan is a school to watch closely if he’s serious about getting out of USC.