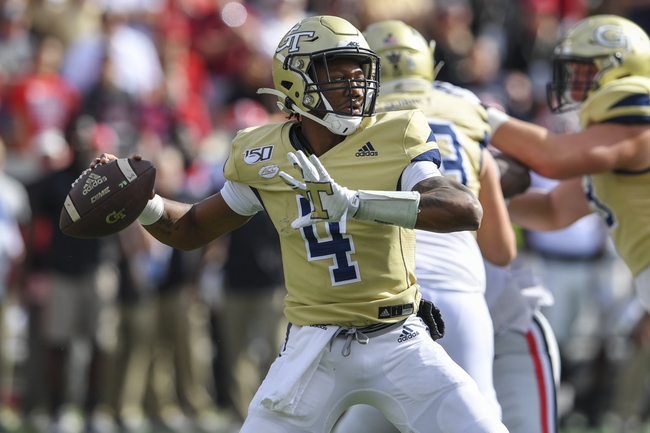 Georgia Tech had a rough football season in 2019, finishing at just 3-9 and in the basement of the ACC’s Coastal Division. The Yellow Jackets are looking to make some headway in a very difficult and competitive conference in 2020, so they’ll have to get wins anywhere they can this season. Get Free College Football Picks and College Football Predictions for every game all season long at Sports Chat Place.

Let’s take a look at Georgia Tech’s current status and break down their chances at hitting four wins to improve their record from a season ago.

As with a few other ACC teams, 2019 was a pretty tough year for Georgia Tech. The Yellow Jackets finished at just 2-6 in a competitive conference, tied with Syracuse for the second-worst record in ACC play. Considering that, Georgia Tech has a lot of work to do in order to simply be average among the ACC. The good news is that head coach Geoff Collins, offensive coordinator Dave Patenaude and defensive coordinator Andrew Thacker all have a season under their belts and should have their routines pretty well in place. Scoring and passing offensive numbers should go up, and with a couple of promising QB options in James Graham and Jeff Sims that side of the ball is due for an uptick in production.

Georgia Tech also needs to start producing more on defense, as the team was last in the ACC in both sacks and tackles for loss last season. We should see some more aggressive play from that side in 2020, and it should in turn help the offense out.

The bad news is that Georgia Tech has a pretty daunting schedule on paper. The Yellow Jackets open up against one of the scariest teams in the country in Clemson, then have UCF before a pair of key early-season road games at North Carolina and Virginia Tech. That kicks off a stretch of four road games in five appearances that will make or break Georgia Tech’s season. Games against Virginia, Notre Dame and Miami loom large as well.

Pick: I think Georgia Tech can hit four victories this season, so I’m going with the over. As of now I wouldn’t push it to five or six wins in 2020, but that scenario is certainly possible as well. In any case, the Yellow Jackets should be an improved team this season, and with some luck they can take out a few conference opponents to push that win total up. There’s no bowl game here unless it’s a best-case-scenario season and all the cards fall perfectly, but things seem to be looking up for the Jackets all the same.