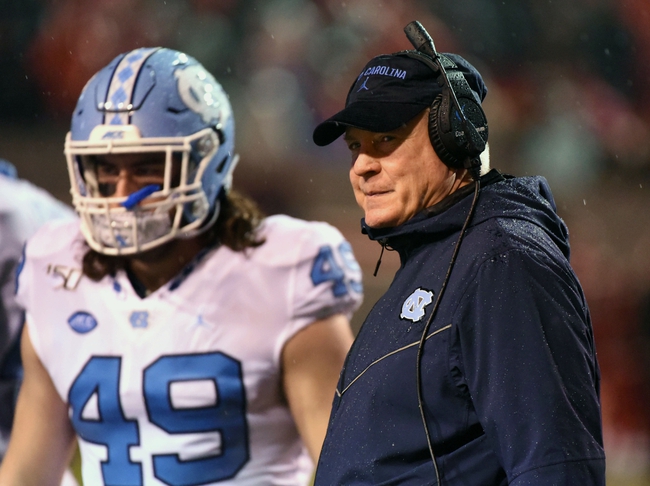 The North Carolina Tar Heels are in position to shake up the ACC with an improved team in the 2020 college football season.

The Tar Heels are coming off a pretty solid football season in 2019, finishing 7-6 overall and winning the Military Bowl 55-13 versus Temple. This season, North Carolina will look to improve on that mark and make some noise in the ACC. If all goes well, the team could even flirt with double-digit wins. Check back all season long for free college football picks and college football predictions at Sports Chat Place.

Let’s take a look at North Carolina’s current status and break down their chances at hitting nine wins in 2020.

The ACC was a tough place to play in 2019. Only four teams had winning records in conference play, and just two teams had more than five wins; it was basically Clemson, Virginia, and everyone else. That said, the Tar Heels did reasonably well in a very competitive division, and should be in line for another winning season and bowl game in 2020.

North Carolina lost a few key players in the offseason, notably OT Charlie Heck and DE Jason Strowbridge, who were selected in the NFL Draft. That said, the Tar Heels are positioned to take another step forward this year with head coach Mack Brown in the second season of his return. UNC is set up well with Sam Howell running the plays and Chazz Surratt guiding the linebacker corps. With another year under their belts, both those players should be key contributors on the field and in the locker room.

North Carolina does have a pretty daunting schedule on paper in a few spots, however. A road game at UCF kicks things off, and then it’s the Auburn matchup; neither of those games will be easy. A little further down the line are Virginia and Virginia Tech, which should be nail-biter games as well. Aside from that, if the Tar Heels can play well in the road game at Miami they should be able to close out the regular season with some momentum. There are winnable games down the stretch.

Pick: A two-game uptick is a bit of a leap, but I’m pretty high on North Carolina right now so I’m going with the over. So long as the Tar Heels play to their capabilities, there’s no reason they can’t hammer out a few competitive wins against the tougher teams front-loaded on their schedule. A mid-October run could lead to some improved confidence and a handful of wins near the end of the season. I can see North Carolina getting to nine victories and challenging for the Coastal Division title in 2020.