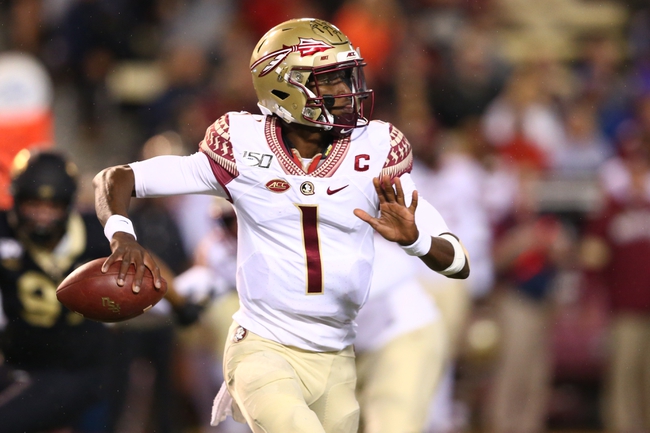 Florida State had a pretty mediocre football season in 2019. The Seminoles were able to hold their own in a tough conference, but ended up just 6-7 overall, losing in the Sun Bowl 20-14 to Arizona. In 2020, Florida State will be looking to improve on their record from last year and if all goes well, also come away with a bowl game victory. Get Free College Football Picks and College Football Previews for every game all season long at Sports Chat Place.

Let’s take a closer look at Florida State’s current status and break down their chances at hitting the eight-win mark this year.

Considering how difficult the ACC was last season, Florida State gets some major props for hanging tough in that conference. The Seminoles were 4-4 in ACC play, but only four teams had winning records so .500 was a solid accomplishment all things considered. The real drawback was a few close losses earlier in the season that could have brought Florida State a winning record; in 2020, the Seminoles will have to get wins anywhere they can. There are a few heavyweights on the schedule.

The turnover from last year could be worse, but Florida State will have some holes to fill. Most noteworthy is Cam Akers, who declared for the draft and was taken in the second round by the Rams. There’s also a new coaching staff in place, as Mike Norvell will take the helm in his first season with the team. With spring practices cut short however, it’ll be an uphill battle to get everyone settled into their roles.

Florida State has a pretty intimidating-looking schedule, but there are certainly some wins to be had. The Seminoles will be good enough (on paper) to handle ACC teams like Boston College, Wake Forest, Syracuse and Pitt, and if Florida State can tough out wins versus decent teams like Boise State and Miami, a bowl game will be there for the taking. There's little hope of contending for the division with a powerhouse like Clemson in the mix, but second or third place in the Atlantic wouldn't be too bad.

Pick: I’d like to say otherwise, but I’m going to have to take the under. Given the new coaching staff and limited practice time this offseason, it’s going to be tough for Florida State to get off to a good start in 2020. Sure, the Seminoles will have more than enough talent to take care of the lesser teams on the schedule, but I expect some uneven play this season as everyone gets acclimated. To me, eight or nine wins is possible, but six or seven wins seems more likely.