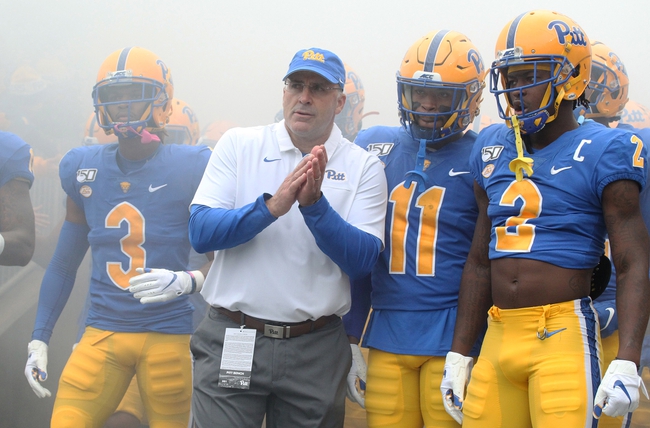 The Pittsburgh Panthers are primed for another bowl game run in the 2020 college football season.

Pittsburgh had a solid college football season in 2019. The Panthers finished the year 8-5 overall and earned an invite to the Quick Lane Bowl, where they defeated Eastern Michigan 34-30. In 2020, Pittsburgh will be fighting for a bowl spot once again, and they’ve got their work cut out for them in a tough ACC. That said, the Coastal Division is wide open and the Panthers have a great shot at gaining some ground there. Check back all season long for free college football picks and college football predictions at Sports Chat Place.

Let’s take a closer look at Pittsburgh’s current status and break down their chances at hitting seven wins this year.

Pittsburgh finished at just .500 in the ACC last season, but that’s actually a pretty good number since only four teams in the conference managed to get records better than 4-4. In any case, Pitt could have a tough road to ACC success in 2020 since there are a handful of potentially daunting matchups on the schedule.

This season the Panthers once again get an established coach and system in Pat Narduzzi, who is entering his sixth year. The staff will have to deal with some turnover, notably cornerback Dane Jackson, who was selected by the Bills in the NFL Draft. There are some depth issues in the secondary that Pitt will have to address, and on offense they’ll have to get more rushing success and see a step forward from QB Kenny Pickett.

Looking at the schedule, there are some intimidating stretches and also a few opportunities to be had for Pitt. If the Panthers can hit the ground running they’ve got four winnable games in September before heading down to Miami the week before their bye. Beyond that, Notre Dame looms large, while both Virginia and Virginia Tech should be pretty decent teams. Still, if all goes according to plan, Pitt could hit nine wins or so this season.

Pick: I’m pretty high on Pitt this year, so I’m going with the over. Seven games seems doable in a wide-open division (and no Clemson on the schedule). It should take a few weeks at least, but figuring out Virginia and Virginia Tech is going to be key in Pittsburgh's ACC success. I expect the Panthers to get a bowl game this year and also be contending for the Coastal Division championship, provided they get off to a good start with the home games in the opening month. I wouldn't be surprised to see the Panthers matching up with Clemson for the ACC title on December 5.