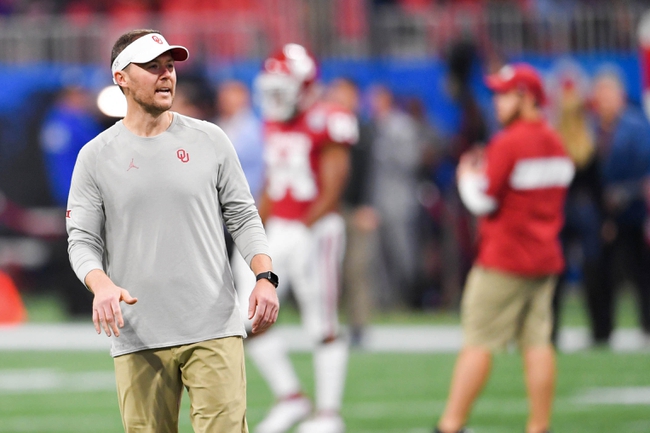 The Oklahoma Sooners are well-positioned for another powerful run in the 2020 college football season.

Oklahoma had a strong football season in 2019, but things didn’t end how the team had hoped. The Sooners were 12-2 overall last year, taking out Baylor 30-23 in OT in the Big 12 Championship Game, but falling in the CFP Semifinal Peach Bowl 63-28 to LSU. Oklahoma will be looking to defend the conference title in 2020 and if all goes well they’ll be in the national championship conversation once again. Check back all season long for free college football picks and college football predictions at Sports Chat Place.

Let’s take a closer look at Oklahoma’s current status and break down their chances at hitting the 12-win mark this season.

All things considered, the Sooners had a pretty solid season in 2019, though it finished in blowout disappointment. Oklahoma had just the one upset road loss to Kansas State and had some nail-biter moments in the Baylor games, but in the end put together a nice campaign. The Sooners went 8-1 in a pretty talented Big 12; only two teams went more than 5-4 in that conference.

This year Oklahoma will once again be under the guidance of head coach Lincoln Riley, now in his fourth season. Riley will have to deal with some pretty big gaps this season in turnover. Notable absences in 2020 include WR CeeDee Lamb, LB Kenneth Murray, QB Jalen Hurts and DL Neville Gallimore, all of whom were selections in the NFL Draft. Oklahoma will have a new starting quarterback this season for the fourth time in a row, with redshirt freshman Spencer Rattler favored to win the job. The Sooners will also have to coach up a crew of young receivers to open up some options and attempt to fill the void left by Lamb.

Looking at the schedule, there’s a path to 12 wins here (basically just win every game), but the Sooners will have to be on point for most of the season. The first game that sticks out is Tennessee, then an early bye week before dealing with the Army option offense on the road. The good news is the Baylor game this year is at home, but then a little further down there’s a stretch of three road games in four weeks. Provided Oklahoma can power through all of that the back end of the schedule isn’t terribly daunting on paper.

Pick: It’s just such a high number; I have to go under here. There’s not a lot of room for error when it comes to Oklahoma this season, and though the team is good at restocking talent and minimizing talent deficits from year to year, 12 wins is a lot to ask. The Sooners have some tough matchups in their first several games, and a team still learning its rhythm, roles and identity may be prone to getting tripped up. Even though hopes are high, double-digit wins in 2020 should be considered a big success for Oklahoma.