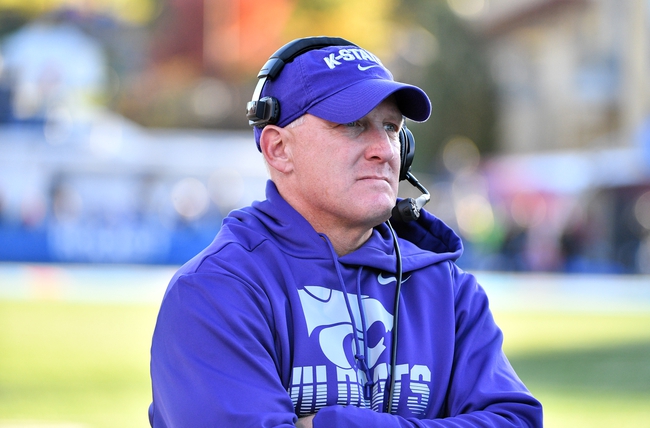 The Kansas State Wildcats will be trying to get through a difficult Big 12 Conference and return to a bowl game in the 2020 college football season.

Kansas State had a pretty solid football season in 2019, but it ended in disappointment. The Wildcats posted an 8-5 record overall and went 5-4 in a tough Big 12, earning a trip to the Liberty Bowl, where they fell 20-17 to Navy. In 2020, Kansas State will look to return to a bowl game and come away with a win this time. Check back all season long for free college football picks and college football predictions at Sports Chat Place.

Let’s take a closer look at Kansas State’s current status and break down their chances at hitting the seven-win mark this year.

Kansas State had a nice campaign last season, all things considered. The Wildcats got the misfortune of being in a conference with top-tier teams like Oklahoma, Baylor and Texas, but Kansas State held their own pretty well in a year when no one expected much from the team. No one will make the mistake of taking the Wildcats lightly in 2020, so Kansas State will have to get wins anywhere they can.

Wildcats head coach Chris Klieman enters his second season at the helm, along with OC Courtney Messingham—also in his second season. Joe Klanderman will serve as the team’s new defensive coordinator, and it will be interesting to see what he has in store. The coaching staff will have to deal with some turnover as usual, especially on a hard-hit offensive line. Quarterback Skylar Thompson and DE Wyatt Hubert will also have to step up as returning impact starters and guide the younger players toward success.

The good news for Kansas State schedule-wise is that they open up with some winnable games. The team doesn’t have to go to a hostile stadium until the West Virginia trip, and if Kansas State can get some momentum going in those early games the Texas matchup won’t loom quite as large. Later on in the season are some very intimidating matchups in Oklahoma, Oklahoma State and Baylor, so the Wildcats will want to front-load wins as quickly as they can before they have to deal with the major squads in the Big 12.

Pick: I feel like the line is right on here, so this is tough but I’m going under. Kansas State has some realistic matchups toward the beginning of the season and should rack up four or five wins by the time they reach the end of the schedule, but I just don’t see any victories beyond that. The Wildcats should be able to flirt with a bowl game this season, but given that tough end schedule I can’t be too optimistic here. I'm probably staying away.