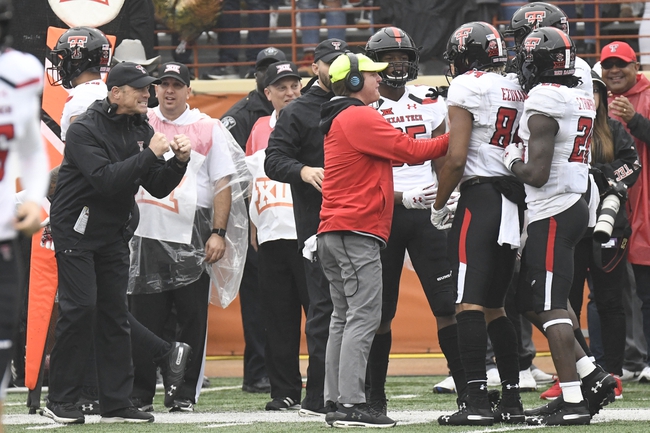 Texas Tech had a pretty difficult football season in 2019. The Red Raiders finished just 4-8 overall and 2-7 in a tough Big 12, leaving the team in second-to-last place in the standings. In 2020, Texas Tech will attempt to regain some footing in the conference and get back to a bowl game. Get Free College Football Picks and College Football Predictions for every game at Sports Chat Place.

Let’s take a closer look at Texas Tech’s current status and break down their chances at hitting seven wins this season.

Texas Tech wasn’t projected to blow anyone’s doors off in 2019, but the team didn’t even reach their mediocre expectations. The Raiders showcased some nice offense in the first couple of games, but couldn’t get over the hump in the half-dozen games that followed, going 1-5 in that time and essentially deciding the team’s fate for the season. The good news is that Texas Tech only had a couple of real blowout losses, so with a few tweaks and some luck they should still be competitive in 2020.

Head coach Matt Wells returns to the Texas Tech sideline in his second season, bringing along David Yost (OC) and Keith Patterson (DC), also in their second years. That crew will have to deal with the usual turnover this season; most notably LB Jordyn Brooks and DL Broderick Washington, who were both selected in the NFL Draft. Quarterback Alan Bowman will also be a focal point; he’s the team’s only experienced quarterback and has had to fight through some injury issues during his college career. The big issue will be finding some reliable receiving targets on the roster. Texas Tech had a slew of pass-catchers contribute in 2019, but no player really stood out as a go-to guy.

If all goes well for Texas Tech this season, there are potentially eight or nine wins on the schedule; if the Raiders struggle, they could end up a game or two out of bowl contention. The Iowa State game looms large early in the season, and after the open week Texas Tech will have to deal with the likes of Baylor, Texas, Oklahoma State, TCU and Oklahoma, all of whom should be pretty good teams this season.

Pick: I think there are seven wins here, so I’m going over. Provided the Red Raiders can gain some rhythm early on in the season and carry 3-4 wins out of the bye week, there are a few winnable games down the stretch. It’ll be close, and I expect a rollercoaster, nail-biter season, but I think Texas Tech can get to a bowl game this year.