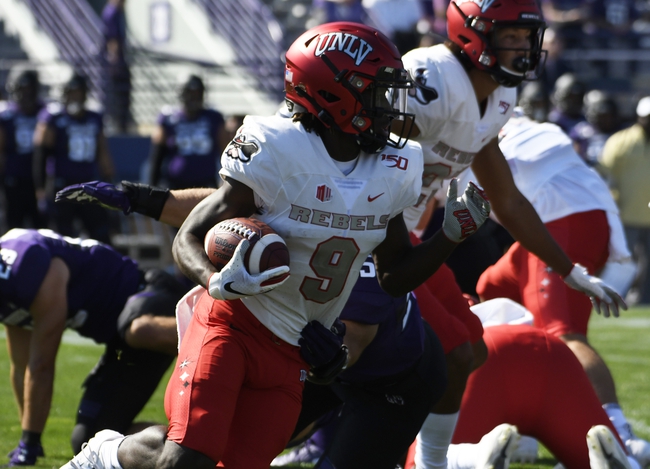 The UNLV Rebels don't have high expectations heading into the 2020 college football season, and the team has a lot of work ahead.

There’s no polite way to say it; UNLV had a bad football season in 2019. The Rebels finished at 4-8 overall and 2-6 in the Mountain West, leaving the team tied for the basement in the West Division with Fresno State. UNLV isn’t widely projected to be bowl-eligible this season, but if all goes well the team will show some on-field improvement in 2020. Check back all season long for free college football picks and college football predictions at Sports Chat Place.

Let’s take a closer look at UNLV’s current status and break down their chances at hitting four wins again this season.

UNLV had the misfortune of being a bad team in a pretty good conference last season, and at one point the team was just 2-8. The Rebels showed some life in their last two games however, beating San Jose State 38-35 and Nevada 33-30 (OT) to save some face in the record columns. UNLV had scored 17 points or fewer in three straight games prior to those victories, so the offensive output was promising.

In any case, the Rebels' poor showing in 2019 led to the dismissal of head coach Tony Sanchez, who was replaced by Marcus Arroyo. Coming along with Arroyo are new offensive coordinator Glenn Thomas and new DC Peter Hansen. That crew inherits a team that hasn’t had a player selected for the NFL Draft in 10 years, and a situation further exacerbated by the strange offseason.

A slow start could derail UNLV’s season from the very beginning, as they’ve got some tough matchups on the schedule early. California, Arizona State and Iowa State all appear before the bye week, then the Rebels get tough road games at San Diego State, San Jose State and Boise State in the mid-to-late part of the season. The matchups at Hawaii and versus Nevada will be difficult as well, and may prevent UNLV from gaining any late-season momentum.

Pick: I like the under slightly better here, but it’s very close. This is another tough MWC team to call, as UNLV is hitting the reset button in a competitive conference. Considering that, and considering how difficult it’s going to be for a new staff to set a solid tempo early, I think it’s more likely that the Rebels win three games as opposed to four or more. If everything goes according to plan and all the pieces fall into place UNLV has a shot at making a bowl game, but that’s probably too lofty a goal for the current situation and the team’s rough schedule. This is likely more of a rebuilding year for UNLV and an opportunity to gauge the new coaching staff’s potential.