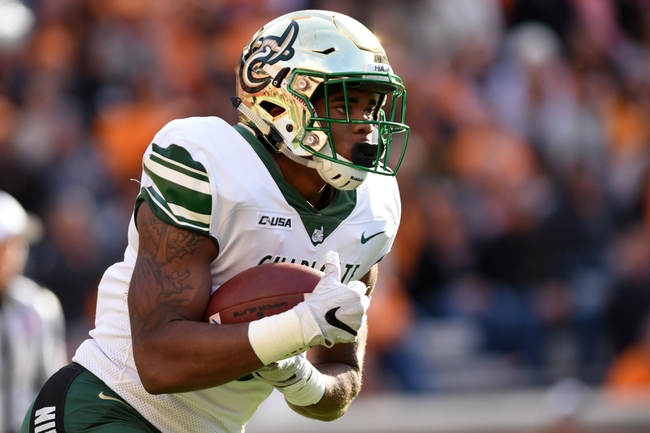 The Charlotte 49ers are projected to be on the cusp of a bowl bid in the 2020 college football season.

All things considered, Charlotte had a pretty decent football season in 2019, going 7-6 overall and 5-3 in Conference USA play. The year ended on a bad note for the 49ers however, as they fell in the Bahamas Bowl to Buffalo 31-9. In 2020, Charlotte will look to gain some ground in the conference and become bowl-eligible once again. Check back all season long for free college football picks and college football predictions at Sports Chat Place.

Let’s take a closer look at Charlotte’s current status and break down their chances at hitting six wins this season.

Charlotte played pretty well in 2019, but had the misfortune of being in the more competitive division of an already competitive conference. Five other Conference USA teams had better records among each other than the 49ers did. A 2-5 start (and a tough schedule) marred the year for Charlotte, but they managed to win five straight to close out the regular season and save their bowl chances.

Head coach Will Healy returns to the Charlotte sideline this season, and he’ll be rejoined by DCs Brandon Cooper and Marcus West in their second years. Offensive coordinator Mark Carney comes on for his inaugural year on the 49ers sideline as well. The group will have some roster work to do heading into the season, and the defense needs shored up after surrendering 45 points or more in four of their losses last year. The run game will also be key; Charlotte led the conference in that area last season with 230 or more rush yards in a game seven times. The bad news is that top RB Benny LeMay has moved on. Quarterback Chris Reynolds and RB Aaron McAllister will likely have to bear more of the load there.

If everything goes well for Charlotte this season, there are seven or eight wins on the schedule. There are also the usual difficult matchups, like starting out on the road at Tennessee, then having to travel to Duke, Florida and Marshall as the season progresses. The 49ers will have to take as many close matchups as they can in order to rack up enough wins for bowl eligibility.

Pick: I’m going over here. Sure, Charlotte has some work to do—and they’ve got to get that defense in check—but I think they’ll be strong enough on offense to bang out a few wins solely from that side of the ball. There’s not much wiggle room; the 49ers will have to take care of business on the field. That said, I think the team can get to six wins barring a meltdown.