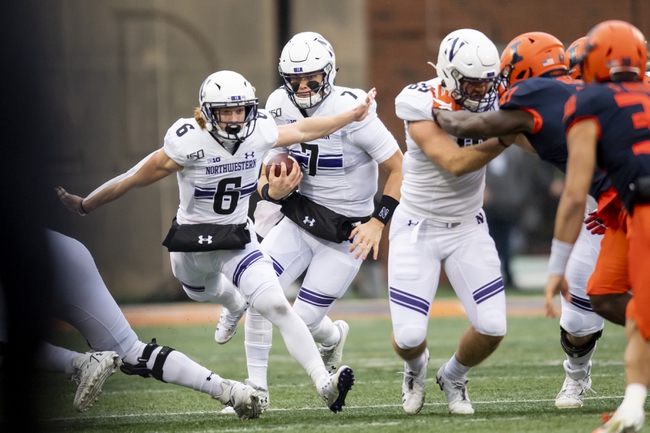 Breaking Down The Northwestern Wildcats Win Total For The 2020 Season

The Northwestern Wildcats enter the 2020 season looking to bounce back from one of the worst freefall seasons in recent memory.

Northwestern went from four straight winning seasons, including two 10-win seasons and a 9-5 record with a Big Ten championship game appearance in 2018 to finishing a paltry 3-9 in 2019 with a brutal 1-8 record in conference play. Pat Fitzgerald was given the benefit of the doubt and a vote of confidence going forward, and only time will tell if that was the right move for the Wildcats. Check back all season long for free college football picks and college football predictions at Sports Chat Place.

Let’s take a look at Northwestern’s schedule for the 2020 season.

Northwestern’s offense was horrendous last season and to be honest, while the Stanford game was a hard-fought game to start the season, you can make a case that the Wildcats could’ve went 0-12 last season. Okay, UMass was terrible and rightfully a decisive Northwestern win, but the UNLV and Illinois games could’ve been losses. You can’t get far with a revolving door at QB that only combines for 6 touchdown passes, 15 interceptions and just over 1,400 passing yards last season. Add in a pair of freshmen in Zac Krause and Jason Whittaker and the situation under center only gets muddier for Northwestern. The ground attack for Northwestern has to avoid getting bit by the injury bug like they did last season, with Drake Anderson, Isaiah Bowser, Evan Hull and Jesse Brown all spending time on the injury list last season and the Wildcats also have to find a new receiving corps after Bennett Skowronek transferred to Notre Dame. Riley Lees is the next most-experienced receiver for Northwestern, but he can’t do it on his own and there needs to be some depth established as well. The good news is that Northwestern’s incoming recruiting class is being heralded by many as the best class in school history with all 16 players ranked as three-star recruits or better, with 10 of the 16 coming in on defense. The help is key on defense if the Wildcats are going to spend as much time on the field as they did last season while the offense struggled to move the ball.

The win total is set for 5.5 at Northwestern this season, and while I really want the best for Pat Fitzgerald and to see him succeed, the only way I honestly see this going over right now is if the Wildcats have 4 wins going into their bye week and I just don’t see it. I see Michigan State winning on opening night and Tulane is a lot more dangerous than they’re given credit for as we saw many times last season. Penn State on the road is probably a loss as well so that could easily be 2-3 through their first 5 games. Maryland is a coin flip but then 4 of the next 5 games are away from home before the season finale at home against Illinois. There are just too many question marks at least early on for me to think that Northwestern comes back this year with a .500 season, so I’ll be taking the under 5.5 wins on the Northwestern Wildcats this season.