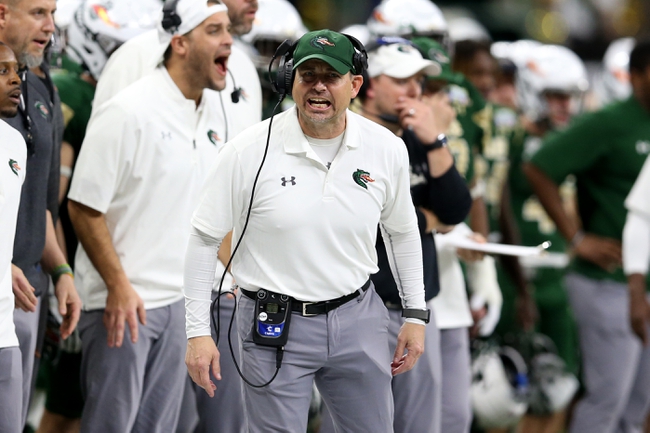 UAB had a pretty solid football season in 2019, but things ended in disappointment. The Blazers finished at 9-5 overall and made the C-USA Championship Game, falling to Florida Atlantic 49-6. UAB then went on to the New Orleans Bowl, where they lost to Appalachian State 31-17. The Blazers are projected to be in the conference mix again in 2020; they’ll be looking to bag a C-USA championship and a bowl game victory this time. Check back all season long for free college football picks and college football predictions at Sports Chat Place.

Let’s take a closer look at UAB’s current status and break down their chances at hitting nine wins this season.

The Blazers won the West Division in 2019 by the skin of their proverbial teeth, with only a head-to-head win over LA Tech serving as the deciding factor. UAB had a pretty solid 6-2 record in a competitive C-USA last season, but were overmatched in their losses, scoring a max of 17 points in those five games. That said, despite the sour finish it was still a pretty darn good season for UAB in the grand scheme of the program.

In any case, head coach Bill Clark hits the sideline with UAB in his fifth season. He’s brought some much-needed support for the Blazers football program with his 34-19 record and things are looking pretty set for 2020. The key will be figuring out the offense, as UAB has wilted against tougher opponents during the past couple of years. The good news is that Tyler Johnson is back at QB with weapons like WRs Austin Watkins and Myron Mitchell, along with RB Jermaine Brown. If that quartet of players takes a step forward this year the Blazers could be very dangerous on the scoreboard.

Provided UAB plays to their potential, there could be double-digit victories on the schedule. The big dog comes early with a road trip to Miami-FL, but beyond that it’s a pretty reasonable slate. There’s a big road trip to LA Tech after the bye week (which means plenty of prep time), and while WKU and Southern Miss won’t be pushovers they’re certainly vulnerable to a good Blazers team—which this should be.

Pick: I like the over here. Nine games is a lot, especially in a tough conference like this, but UAB is set to be one of the best teams in the West and has a great shot at another title there. Granted, all of this conversation is on paper, but considering the Blazers have a strong roster and some experienced, proven leadership, 10 wins certainly is not out of the question.