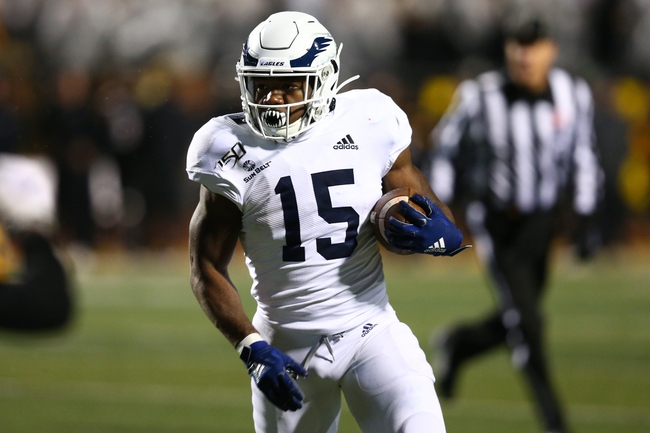 Georgia Southern had a pretty solid football season in 2019, but things ended on a sour note. The Eagles managed to go 7-6 overall and 5-3 in Sun Belt play, which was good enough for an invite to the Cure Bowl. Georgia Southern lost that game to Liberty 23-16, however. This season, the Eagles will look to get back to a bowl game and come away with a win this time. Get Free College Football Picks and College Football Predictions for every game all season long at Sports Chat Place.

Let’s take a closer look at Georgia Southern’s current status and break down their chances at hitting six wins this season.

Georgia Southern had a rough opening to the season in 2019, with games at LSU and Minnesota and a home matchup versus Louisiana in their first four games. Despite a 1-3 finish in that quartet, the Eagles were competitive (outside of the LSU game) and posted a nice four-game win streak afterward. Outside of the bowl game, four of Georgia Southern’s five losses last season came on the road, but they did get a solid 24-21 win at App State on Halloween.

In any case, this will be the third season for head coach Chad Lunsford at Georgia Southern. He’ll have his hands full when it comes to besting last season’s record, as the Eagles play four projected top-50 opponents this year. The good news is that Georgia Southern is pretty well set with experience, including impact running backs JD King and Wesley Kennedy. Big-play receivers Malik Murray and Darion Anderson should also be in for a sizable role this year. The bad news is on defense, where the team’s top three cornerbacks from 2019 have moved on.

There are some big dogs on the schedule, but also some opportunities for victories if Georgia Southern can play to their potential. The team starts out rough at Boise State, then later has to travel to Louisiana and UL Monroe prior to the open week. After that, matchups against App State, Georgia State, Troy and Ole Miss loom large.

Pick: I’m going over. The number here is about right—six wins should be the minimal bar for success for this Georgia Southern squad, and they’re capable of a lot more if the team can get into a rhythm. The Eagles will have to worry about Appalachian State and Troy in the standings—both of those teams are projected to be quite good in 2020. It should make for a very dramatic East Division this season, and if all goes well for Georgia Southern they’ll be right in the mix.