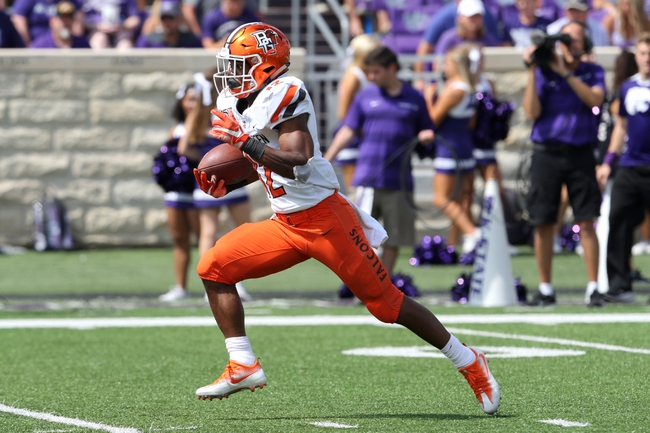 Bowling Green couldn’t make much of an impact on the football field in 2019. The Falcons finished just 3-9 overall and 2-6 in MAC play, leaving them one spot out of the basement in the East Division. Not much is expected from Bowling Green in 2020, but if all goes according to plan the team could flirt with bowl eligibility by season’s end. Get Free College Football Picks and College Football Predictions for every games all season long at Sports Chat Place.

Let’s take a closer look at Bowling Green’s current status and break down their chances at hitting three wins this season.

2019 was a rough ride for Bowling Green. The team had a pretty brutal schedule including impossible road matchups at Kansas State and Notre Dame within the first five games. Oddly enough, Bowling Green’s three wins were all blowouts, and all of the losses last season were blowouts as well. The Falcons lost by a combined score of 104-0 in the Kansas State and Notre Dame games. It was pretty much a lost season, and one Bowling Green would like to forget about.

If there’s hope on the horizon for Bowling Green this year, head coach Scot Loeffler, OC Terry Malone and DC Brian VanGorder will have to show some progress in their second seasons. After a terrible offensive showing in 2019, and with QBs Grant Loy and Darius Wade gone, the Falcons will have to focus on scoring this season. The good news is that Bowling Green has some options with the skill players (RB/slot Bryson Denley should contribute a lot this year) and quarterbacks (possibly junior Matt McDonald). The offensive line is pretty experienced as well, so things could be worse.

Bowling Green’s 2020 schedule starts out pretty brutal, much like last season. The team will open at Ohio State, then a couple of games later they face an up-and-coming Illinois team on the road. The Falcons also have a difficult slate to navigate in the MAC; teams like Buffalo, Toledo, Ohio and Kent State should all be pretty solid and Bowling Green will have to be absolutely on point to make any headway in the conference.

Pick: I’m going over, mostly because the bar is so low. Three wins is doable for Bowling Green as long as they’re not a complete train wreck this season. The Falcons should be competitive with teams like Eastern Michigan and NIU, and I think they’ll steal a victory or two at different points in the season. Anything above three wins would be a positive step for Bowling Green; this season they’ve got to show some evidence that they’re moving in the right direction.