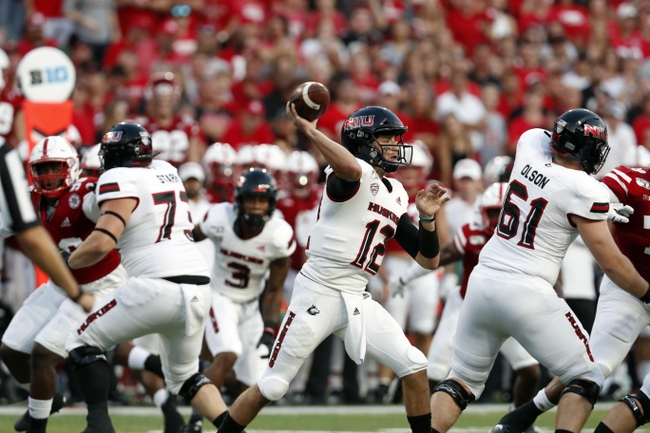 The Northern Illinois Huskies are coming off a down year and will look to make some significant improvements in the 2020 college football season.

2019 wasn’t the greatest season for Northern Illinois. The Huskies finished just 5-7 overall and 4-4 in the MAC, finishing in fourth place in the West Division and out of bowl contention. Northern Illinois is projected to be flirting with a bowl game berth this season, and if all goes well the Huskies could show quite an improvement in 2020. Check back all season long for free college football picks and college football predictions at Sports Chat Place.

Let’s take a closer look at NIU’s current status and break down their chances at hitting six wins this season.

After a decent 2018 in which they finished 8-6, Northern Illinois was in trouble early last season when they started out at 1-4. NIU opened up with a nice win over Illinois State but couldn’t string together consecutive victories at any point during the year. The Huskies offense would fail often in the losses, putting up more than 20 points just once in the defeats. There wasn’t much on-field domination in the victories either. Outside of a 14-point win over Illinois State and a 49-0 shutout of Akron, NIU’s other three wins came by just three points each.

Northern Illinois will move forward in 2020 with head coach Thomas Hammock, OC Eric Eidsness and DC Derrick Jackson, all in their second years. That crew will have some tinkering to do after a tough campaign in 2019, but the recruiting class should be good and QB Ross Bowers will have some solid skill players around him. Receivers Cole Tucker and Tyrice Richie should play sizable roles this season. There are some spots where the Huskies defense could be in trouble with depth, but if the young players can step up here NIU should be fine.

Schedule-wise, NIU is going to have to make the most of their opportunities. There are three tricky road games in the first four weeks, then a rough stretch versus Central Michigan, at Ball State and versus BYU heading into the bye. After that are four more intimidating MAC games in Buffalo, at Western Michigan, Toledo and at Bowling Green. Every one of those teams should be decent this year, so one or two wins may be all NIU can hope for in the last part of the season.

Pick: Going under here. The Huskies are going to have to showcase a big turnaround in order to prove that 2019’s troubling campaign was a fluke, and I just don’t think they have the talent developed for it just yet. There are brighter days on the horizon for NIU; they have some solid young players that will grow into effective roles within a couple of seasons. For now however, in a competitive conference I’m more of a pessimist.