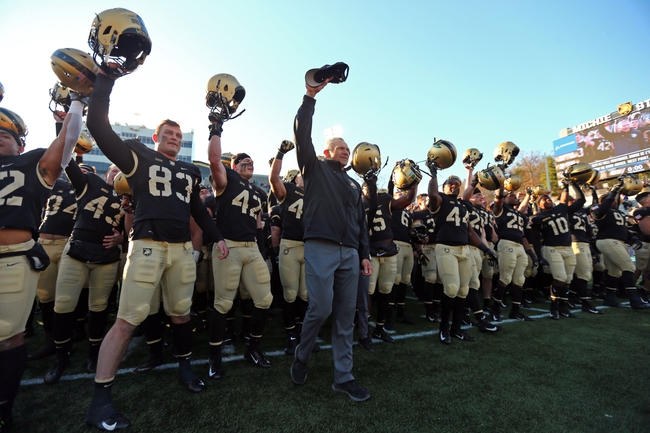 The Army Black Knights will be attempting to get their program back on track during the 2020 college football season.

Army turned in a fairly disappointing football campaign in 2019. The Black Knights finished 5-8 overall, in third place for the Commander-in-Chief’s Trophy and out of a bowl game for the first time since 2015. This year, Army is projected to be competitive once again and the team will try and take home a bowl victory. Check back all season long for free college football picks and college football predictions at Sports Chat Place.

Let’s take a closer look at Army’s current status and break down their chances at hitting eight wins this season.

After consecutive Commander-in-Chief Trophy wins and an 11-2 record in 2018, last year’s Army football campaign was certainly a disappointment. The Knights started out well enough, going 3-1 in their first four games with a loss to Michigan. Five straight defeats followed, and Army was within a score in each of the last three. The Black Knights showed some life with a 63-7 win over UMass and a 47-6 win over VMI but then lost big at Hawaii and to Navy as the season closed.

In any case, heading into 2020 head coach Jeff Monken once again takes the reins in his seventh season along with OC Brent Davis. The Black Knights get a new defensive coordinator this year with Nate Woody coming in, and most of the staff has been replaced. One area of concern for Army coming into the season is the quarterback position, which was wrecked by injuries last year. Also, no matter the records in the final game, the Black Knights will make it one of their season goals to beat Navy. That one’s going to be very important, and must-see TV regardless of the situation.

So will this be a bounce-back year for Army? The team will have to have a pretty good season to get to eight wins, but the victories are there. The Black Knights get Oklahoma at home after the first bye, then host a potentially strong Buffalo team before the other open week. After that it’s a gauntlet with Air Force, three road games and the big Navy showdown at the end of the year.

Pick: I’m going over. I’m optimistic with Army here, mostly because of how the schedule shakes out. The team will have some relatively softer matchups and some gameplay time before the more dangerous teams start to show up on the schedule. That will offer plenty of time for tweaks, which the Knights will need early on in the season. After that, if Army has a good rhythm going the sky’s the limit for most of the games. Eight wins is doable.