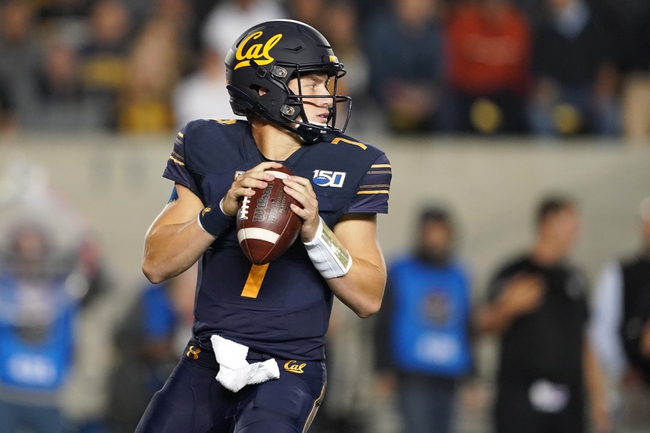 California managed a pretty solid football season in 2019. The Bears finished 8-5 overall and 4-5 in a difficult Pac-12, earning an invite to the Redbox Bowl where they defeated Illinois 35-20. In 2020, California will try to keep their run going, make some noise in the North Division and bring home another bowl game win. Get Free College Football Picks and College Football Predictions for every game all season long at Sports Chat Place.

Let’s take a closer look at the Golden Bears’ current status and break down their chances at hitting eight wins this season.

There weren’t a ton of expectations for California last season, and the team surpassed all of them. The Bears finished second in the North Division behind only Oregon at 8-1, and didn’t have much difficulty outside of the conference. Pac-12 play was a little rough for Cal however, and at one point they were on a four-game losing streak after getting shut out by Utah 35-0 on October 26. Cal rebounded however, and only suffered one loss (USC) the rest of the way.

Justin Wilcox returns to the California sideline for his fourth season, joined by fourth-year DC Tim DeRuyter and first-year OC Bill Musgrave. The offense has been a focal point for the team this offseason, as California just wasn’t all that good at scoring last year. The injuries certainly didn’t help, but it’s worth noting that the Bears were last in the conference in three of the four major offensive categories. The good news is that California retains most of their talent on that side of the ball, and Musgrave has a long history of generating solid production. If QB Chase Garbers can take his next developmental step this season, the Bears will be in business.

There are eight or nine potential wins on the California schedule, but nothing will come easy. TCU looms large on the early part of the schedule, as does Utah (who should be a pretty good team this year) right after the bye week. There’s also a brutal stretch with three road games in four weeks, with the home game being against the Oregon juggernaut. Provided the Golden Bears can make it through that gauntlet, they’ve got a couple of winnable games versus Stanford and UCLA to finish off the slate and make bowl eligibility if they haven't done so by then.

Pick: Going over, but just barely. California’s schedule isn’t doing them any favors, and the Pac-12 is set to be a competitive conference again this season. The Bears will have their highs, lows and growing pains in 2020, and games against teams like Oregon and Washington won’t be pretty. I don’t see a division or a conference championship here, but with that said there’s more than enough residual talent left on this California team for them to hit eight victories this season.