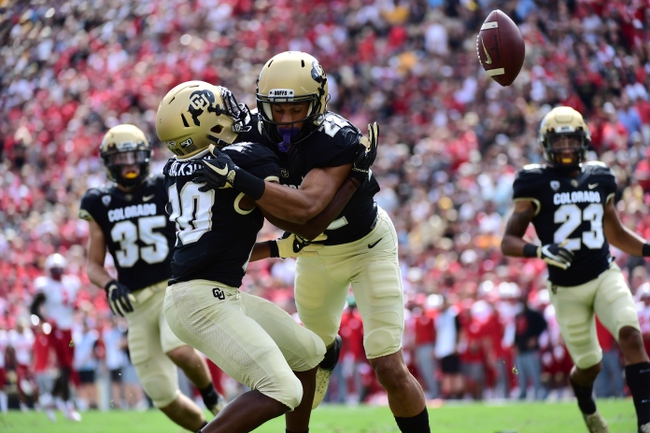 The Colorado Buffaloes have their work cut out for them in the 2020 college football season.

Colorado posted a fairly tepid football campaign in 2019. The Buffaloes went 5-7 overall and 3-6 in the Pac-12, finishing in fifth place in the South Division and out of a bowl game appearance. Colorado’s expectations this year are pretty modest, but with any luck the team should be able to show some solid progress. Check back all season long for free college football picks and college football predictions at Sports Chat Place.

Let’s take a closer look at Colorado’s current status and break down their chances at hitting four wins this season.

Colorado’s 2019 campaign wasn’t awful; the Buffaloes simply had the misfortune of being an average team in a competitive and talented conference. Things started out well enough for Colorado with wins over Nebraska and Arizona State as part of a 3-1 beginning, but the team then hit a five-game losing streak afterward, only coming close in a couple of those. The Buffaloes were able to eke out wins over Stanford and Washington for some cosmetic help, but they were blown out at Utah in their final game 45-15.

Colorado gets something of a coaching staff makeover for 2020, with second-year DC Tyson Summers being the only leftover from 2019 in the main group. He’ll be joined by new head coach Karl Dorrell and new OC Darrin Chiaverini, who will try to show some progress this season. That crew has their work cut out for them, but there are some encouraging signs. Colorado has the seventh-best recruiting class in the Pac-12, but the No. 36 recruiting class in the country. That means a lot of incoming talent will be available, but with the weird offseason it’s going to be a challenge to get everyone on the same proverbial page.

The good news is that Colorado’s schedule doesn’t start off too difficultly; there are road games at Colorado State and Texas A&M in the first three, but those should be relatively manageable. Things will get tricky in Pac-12 play, as the conference will be talented across the board, and the Buffaloes have some difficult teams on the slate like Oregon, UCLA, USC, Washington and Utah.

Pick: Going over. This is a bit optimistic considering Colorado’s current situation and the difficult Pac-12, but I think the Buffs can get there. While I don’t see too many wins in conference play (maybe a couple), there’s still enough meat on the bone to hit four victories. Considering the coaching staff revamp and the strange offseason, if the Buffaloes can get to 4-5 victories (and maybe even flirt with a bowl berth), it’ll be a successful campaign.