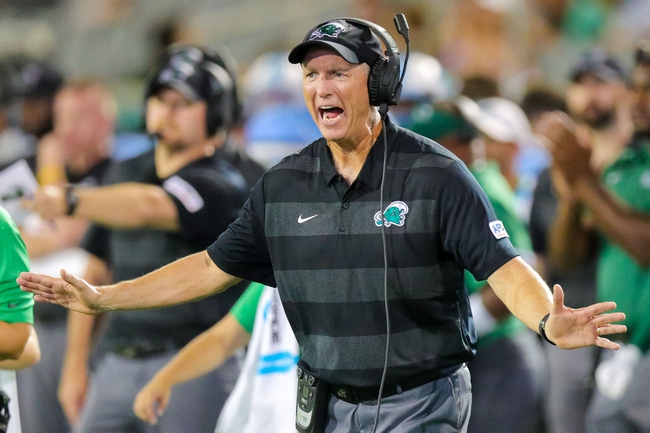 The Tulane Green Wave will be fighting for a bowl berth in the 2020 college football season.

Tulane came up with a pretty decent football campaign in 2019. The Green Wave finished 7-6 overall and 3-5 in the AAC, earning themselves a trip to the Armed Forced Bowl where they took out Southern Miss 30-13. In 2020, Tulane will attempt to work their way up higher in the West Division standings and bring home another bowl victory. Check back all season long for free college football picks and college football predictions at Sports Chat Place.

Let’s take a closer look at Tulane’s current status and break down their chances at becoming bowl-eligible once again this season.

The 3-5 conference record last season looks pretty blah, but considering the AAC had four ranked teams last season Tulane didn’t do too badly finishing behind Memphis, Navy and SMU in the West Division standings. The Green Wave were competitive in half their losses as well, falling 41-38 at Navy, 29-21 at Temple and 34-31 versus UCF. A 1-5 stretch at the end of the regular season nearly torpedoed the Green Wave’s bowl hopes, but they were able to eke in there following a 5-1 start.

2020 marks the fifth season of Tulane head coach Willie Fritz’s tenure, along with fifth-year DC Jack Curtis and second-year offensive coordinator Will Hall. The bad news for that crew is that they’re back to the drawing board on skill players, with starting QB Justin McMillan and a host of RBs and receivers gone now. The good news is that Tulane has a nice recruiting class, and plenty of guys ready to step up and fill those holes. We should see key contributions this season from QB Keon Howard, RBs Corey Dauphine and Amare Jones, and some younger receivers.

Schedule-wise, there’s a path to seven or eight wins here, but that’s if the Green Wave play to their capabilities. Tulane has a winnable opener versus SELA, then gets some tricky games versus Northwestern, Navy and Mississippi State to finish out the month. Tough customers UCF and Houston are waiting after that, but provided the Wave can come out of there relatively unscathed they’ve got more winnable games versus East Carolina, Tulsa and SMU further down.

Pick: I like the over, but not by a whole lot. Tulane should be good for six or seven victories this season, and they may have to wait until later in the year to do it, but the opportunities will be there. Provided the Green Wave can get the new skill players up to speed and develop a rhythm through that tricky initial first month, the team should be back on their way to a bowl game.