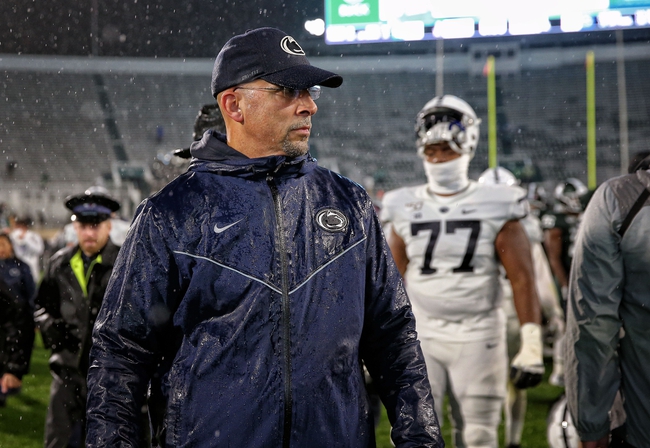 The Penn State Nittany Lions look to take things to the next level in the 2020 college football season.

Penn State put up a nice football campaign in 2019 despite playing in a very difficult conference. The Nittany Lions went 11-2 overall and 7-2 in the Big Ten, finishing second in the East Division and qualifying for the Cotton Bowl Classic, where they took out Memphis 53-39. In 2020, Penn State is projected for another strong season, and they’ll be duking it out among the best teams in the country. Check back all season long for free college football picks and college football predictions at Sports Chat Place.

Let’s take a closer look at Penn State’s current status and break down their chances at hitting double-digit wins this season.

Last season, the Big Ten featured six ranked teams when the dust settled. Penn State was second only to Ohio State in those rankings among conference teams, mostly due to a 28-17 loss in the head-to-head matchup with the Buckeyes on November 23. In any case, Penn State had a couple of close calls (namely Iowa and Michigan) but overall had a pretty dominant team in 2019. A 31-26 loss to Minnesota—who was ranked No. 17 at the time—was really the only game you could point to and say the Lions should have won. Those are pretty high standards, though.

Moving on to 2020, head coach James Franklin is back for his seventh season, and he’ll get a new offensive coordinator in Kirk Ciarrocca. The optimism is high for Penn State this season, and some are even proclaiming the Lions will have an undefeated season in 2020. That’s certainly a tall order, but looking at the schedule it’s not out of the realm of possibility.

Penn State gets a nice warm-up against Kent State in the opener, then a very interesting—and potentially difficult—matchup at Virginia Tech. There’s a tough road trip to Michigan kicking off October, but afterward the Lions get to breathe in the off week and prep for the rest of the schedule.

The revenge game against Iowa comes on October 17, then the red-letter date in a home game versus Ohio State. That’ll be Penn State’s toughest outing of the season, but playing at home anything can happen. Following that huge matchup, there are three road games in five dates, but thankfully against less intimidating opponents.

Pick: Going over. Rest assured, there’s not going to be anything easy with this season, and the Lions will be tested in many different spots, but all things considered it’s a manageable schedule. The two that stick out of course are at Michigan and home versus Ohio State, but beyond that I don’t see a ton of difficulties for Penn State this season. The Nittany Lions may even surprise and take the division.